into the rolling ocean

We thought we would go on a road trip for our wedding anniversary –- possibly to the Southwest — but maybe to Yellowstone. Then there was flying to Puerto Rico or Thailand, or quickly escaping to Alaska. We considered France — which at first I was really rallying for – but ultimately, we decided to save the incredibly long flight (long = scary), and a jam-packed itinerary, perhaps for our second anniversary. We could really use the extra planning and decision-making time — of which we currently had very little. Maybe instead we could go to Amsterdam, or see the sights in Rome. Choosing from ALL THE PLACES felt exceedingly difficult when each of those places offered exactly what we wanted: vacation, and not Seattle.

Talking extensively about our gigantic list of wants, we came to the realization that what we really, REALLY wanted more than anything was just a break. We started imagining ourselves on a beach, drinking something slushy and alcoholic from a pineapple, and not feeling pressured to see everything, do everything, and go everywhere – filling each hour to the brim and setting a strict schedule. We wanted to sleep in past 6 AM, feel the heat of overzealous sunshine, play in crashing waves. Ah, a beach vacation; maybe picking the where was easier than we thought. Thailand. The thought was still compelling — incredibly so — but we ultimately decided on Maui, a place we thought about for only minutes, and chose it as our destination essentially for one reason: the 5 hour flight. Only 5 hours, no customs, and no stress between me and a pina colada? Why would I not want that? The plan: 2 weeks of epic relaxation. The date: August 8th.

Cool. Now we only had to wait, like, 6 months. Then squeeze past Hurricane Iselle, then survive a scary takeoff and a flight with a screeching toddler in the next row, and ultimately come out as champions.

We arrived to partly cloudy skies, air thick with excitement, and scenery that had us swooning. Soon enough we found ourselves exchanging our clothes for swimsuits to rush down to the beach, and to stand, admiring — if only for a moment — the expanse of sand and the rolling ocean. We ran quickly into the warm surf where we would stay, swim, talk, and play until the clouds came in and and the water was white-capped and restless. 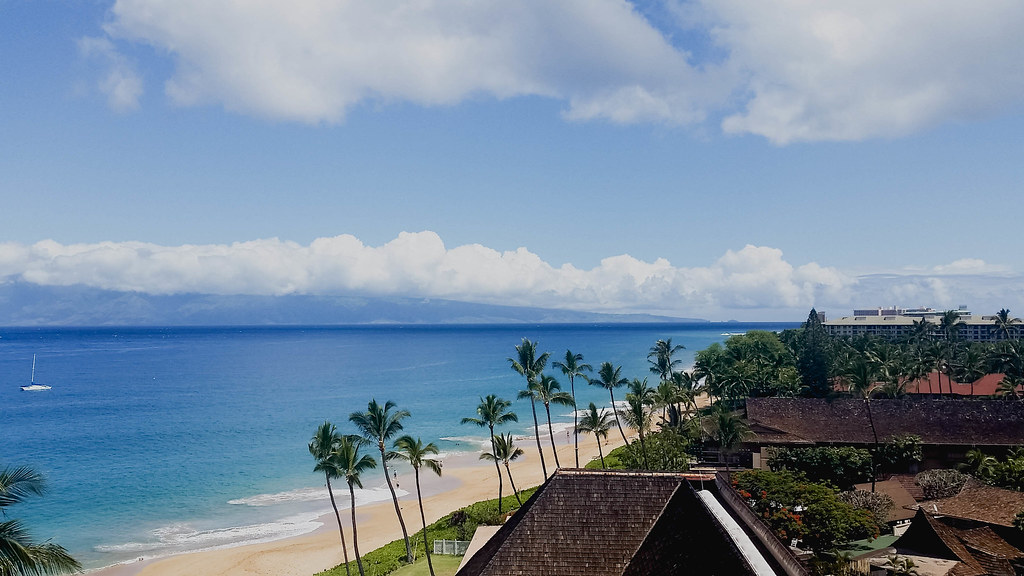 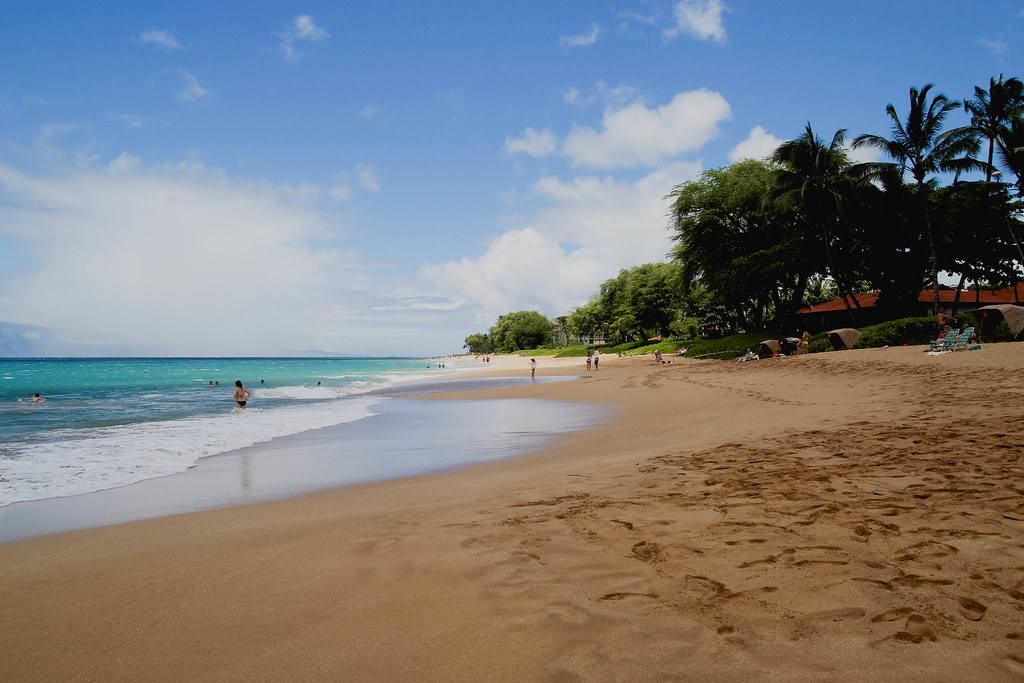 Several hours felt like mere moments. We returned to our room, sun low in the sky, exhausted, and so happy. We washed away the salt water in a coconut-scented warm shower, and by sunset, we were laying in bed ready to welcome a bit of rest. I think that’s the surest sign of a good time. Not to mention a really long day.

I will be back, my friends, with more pictures to share and stories to tell from our vacation in Hawaii. For now, I just really want to sit on the couch and hang out with my husband and our pal, Netflix. Pretty soon I’ll hang out with my husband, Netflix, and a puppy — but we’ll get to that when we’re done talking about Maui, green sea turtles, and unleashing a scream of the bloody murder vartiety, accompanied by an equally loud obscenity, to a boat full of people and children while taking off on a parasail flight. See you soon!