It’s better to be authentic than good 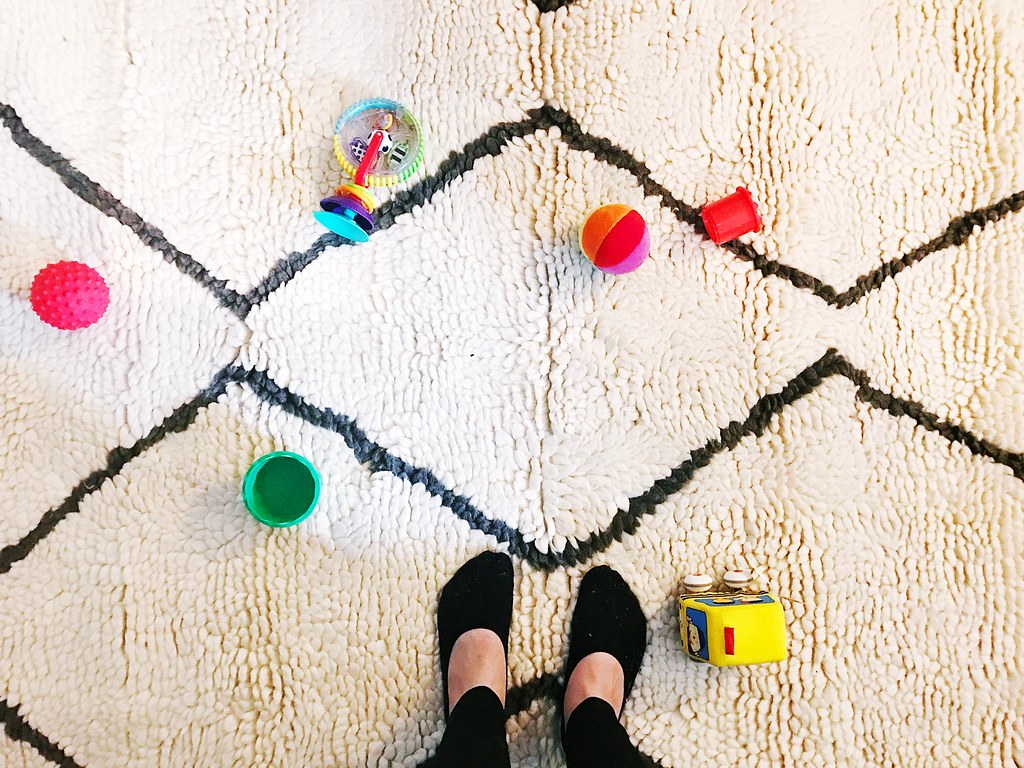 I understood, of course, that there was no evidence to suggest that I’d actually be a good parent (caring about the thoughts of a 4-year-old does not a good parent make), but there was also no evidence to the contrary. So, in many ways, these words became something I built my identity around.  In my young adulthood I could say, for example, that I was female, a US citizen, a geek who minored in Geology, a horrible artist, and a decent baker. I could also say that I would probably make a decent mother. I was as certain of this as I was certain that I was a brunette.

Imagine my disappointment when I finally became a mother and learned that it is far easier to be a “good” one when parenting your nonexistent children hypothetically. It took far longer than I’d like to admit for this realization to truly sink in: what was presented to me as “good” by those around me either reflected who they were or what they felt as parents, or who they wish their parents were when they were parented. The overall message was that there is an ideal type of parent, ideal things to do, ideal things to focus on. There were ideal things to feel. There were also things one should not do, lest you be the worst parent in the world.

As it was told to me, a good parent did and felt these things: they became different people very moment their child was born, they took to motherhood like a fish to water, they never changed anything about their lives or living arrangements to accommodate their children, they always felt fulfilled, they never had moments of anger or sadness, they never needed a break, they never wanted to put their child down, they obsessively worried about and sheltered their children. Of course, a good parent also had babies that slept through the night far before they were 6 months old, were always happy, were chubby, and didn’t unintentionally throw a wrench into mom’s plans to take a shower or pee.

Suffice it to say, when I think about or continue to hear these messages, I often feel like I am failing. I often feel like I am not living up to the “good mom” expectation that was always had of me. And, really, I’m not. No one who told me that I would be a good mom could say that I actually am with the same conviction. After all, a good mother was never someone who, among other things, occasionally cried in the kitchen while making the baby breakfast or who wanted a break from the person she tried to conceive. I know that I haven’t met expectations when I tell my mom about how I am excited about going out to dinner with my husband in September without Kaia, and I get raised eyebrows. I know it when a friend says she thought I was more of an attachment parent than a RIE parent, and that she is surprised. I know it when, after admitting that I am sometimes overwhelmed by the demands of parenthood, I get condescending responses that include “you should have expected this” or  “you said you wanted a baby” or “yeah, you can’t just do whatever you want when you want to anymore, welcome to life.”

The truth is, I’ve taken to motherhood like a fish to deep space. I nurse my kid 3 times in 3 hours all day long, and honestly, sometimes I don’t want her attached to my body. Sometimes I miss being able to do things like pee without having to say “It seems like you’re upset that I put you down. I know that you would rather I stay here with you. I know that you don’t want me to go, sweetie, and I promise I am coming back.” Sometimes I miss being able to wear a real bra. Sometimes I miss going out alone with my husband. Sometimes I am frustrated or even downright angry. Sometimes I cry so much after Kaia goes to sleep that my eyes are red and swollen well into the next day. Sometimes I put Kaia in her “yes space” and go into the backyard for a few moments of complete silence. Sometimes I feel lonely and unfulfilled in my role as a mother. Sometimes I lie awake at night asking the universe to please magic me into someone who is better than I am. Sometimes, for as much as I love the life I have now, I do miss the old one.

What is really boils down to is this: I’m not a “good mom,” at least according to the definition of many in my social circle. You know what I am instead? Human. Authentically so.

I would rather be authentic than some arbitrary portrayal of good. If I give myself permission to be myself, I also give my daughter permission to be herself. I don’t have to smile all the time. I don’t have to wear her when I want a break. I don’t have to say that motherhood is easy for me. I don’t have to pretend I don’t want to be alone with my husband ever again for my child to know that she is deeply, unconditionally, and forever loved by me. Janet Lansbury suggests in her book Elevating Childcare: a guide to respectful parenting, that we be our real selves so our children can be their real selves. And I absolutely I want to be my real self so that Kaia can be her real self, too. I want her to truly know me, I don’t want her to know me: mother on a pedestal. I also want to truly know her, not some watered down version of her that doesn’t include all of her feelings, thoughts and expressions simply because I communicated and demonstrated to her that they were unacceptable.

I’m still here, I just have a 3-month-old baby.