When it comes to stress responses (fight, flight, or freeze) — I am a total freezer. I just kind of stand there, totally silent, as if someone’s shooting free throws.

Except for when we go parasailing, apparently…

Not only did I actually scream during a scary situation for the first time in 10 or so years, but I managed to shriek “mother of f–k!” (keeping it classy, all day everyday) of all things, really, really loudly. It just couldn’t be something normal and generic like “ahhhh!” could it? A combination of factors — probably my  extreme terror combined with my amazingly high-pitched screaming capability — made it more hilarious than it would have been otherwise. Alex and everyone on the boat burst out laughing which actually made me feel a little less like I was about to die, but it still took a good few minutes in the air before I was able to really loosen up. When I finally did, though, I realized that parasailing was one of the more relaxing activities we could have chosen — with just a little bit of an adrenaline rush on the way up and when going down for a dip. 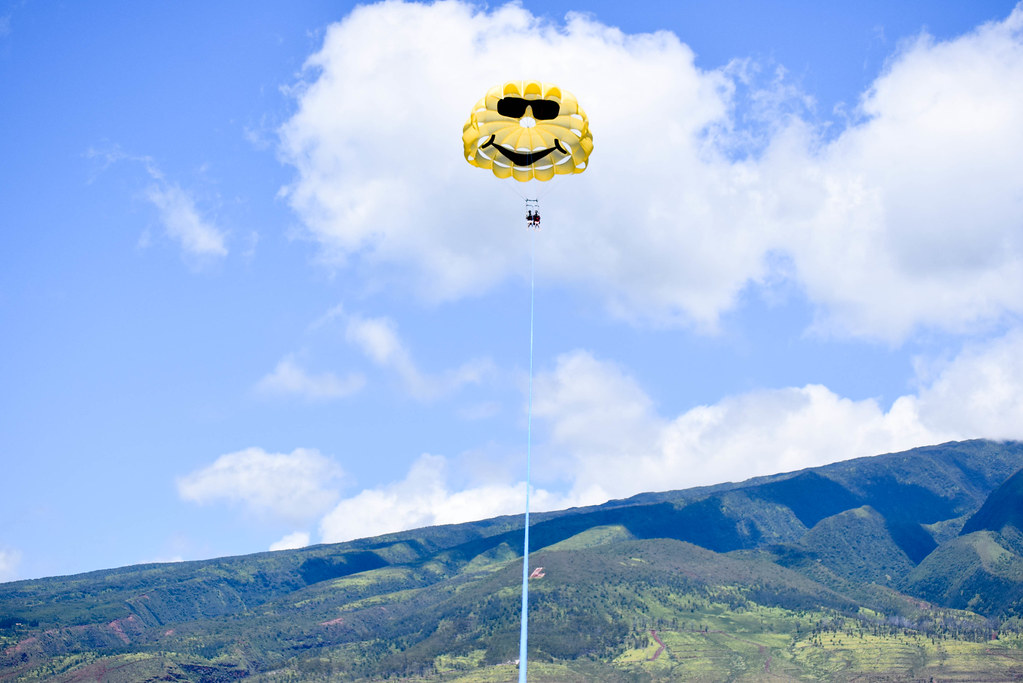 Alex is being brave with the head movement. I’m paralyzed at this point. 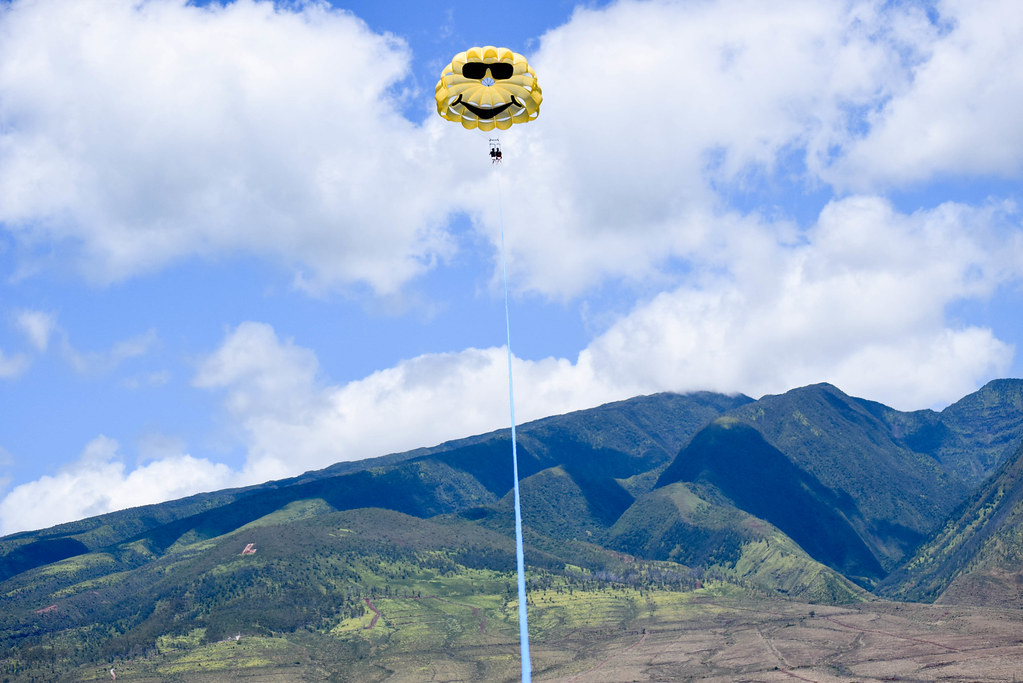 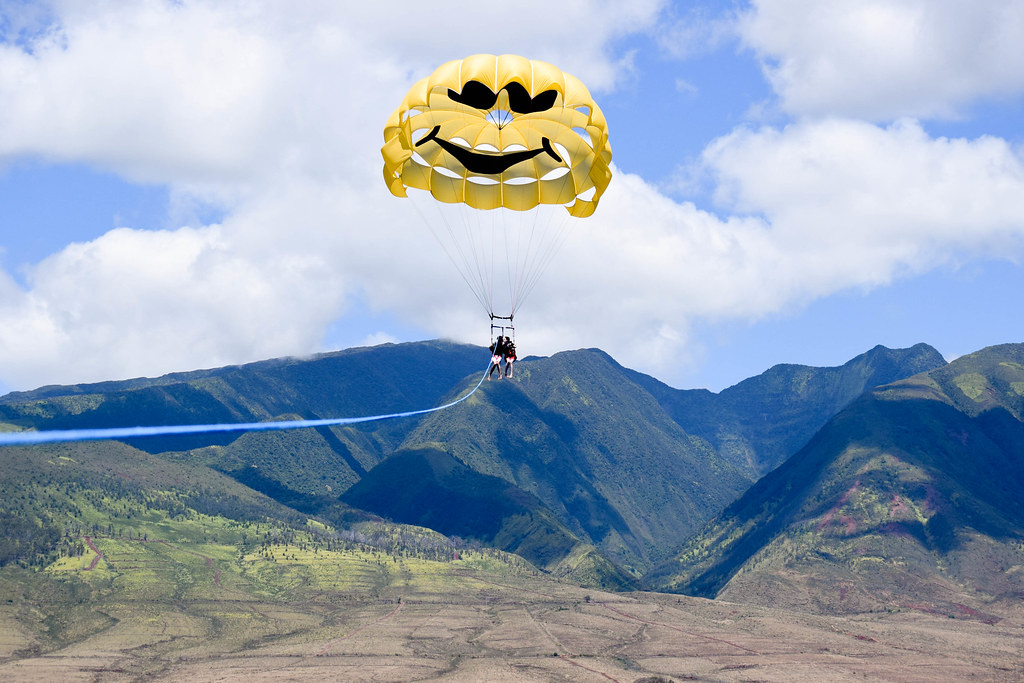 Kisses, mountains, and a gigantic smiley face. I like it. 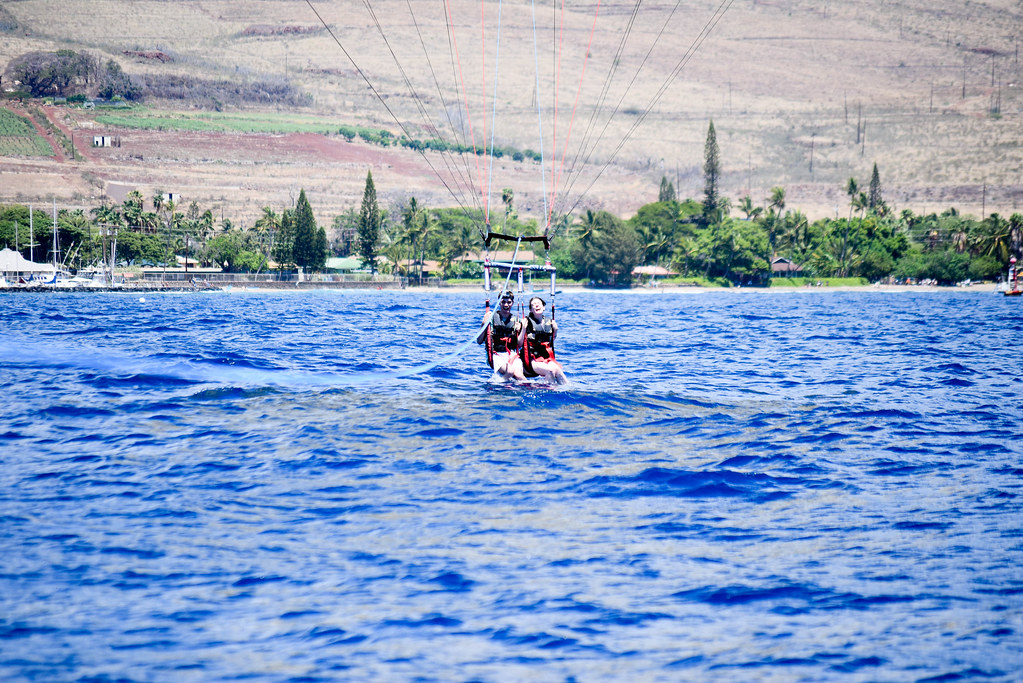 Is anything better than warm Hawaiian waters? 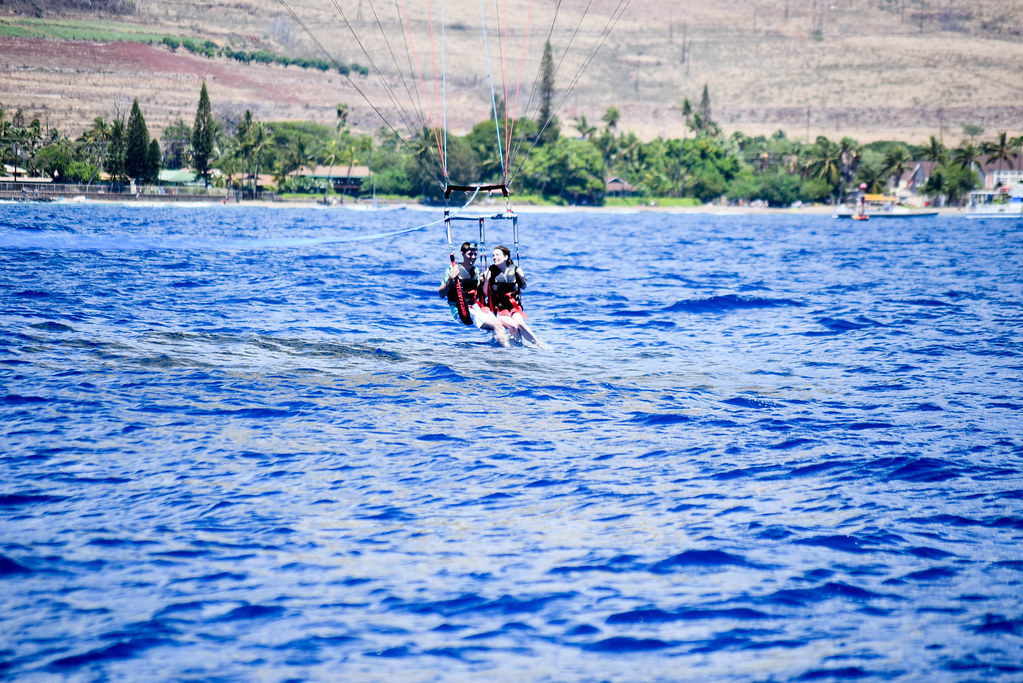 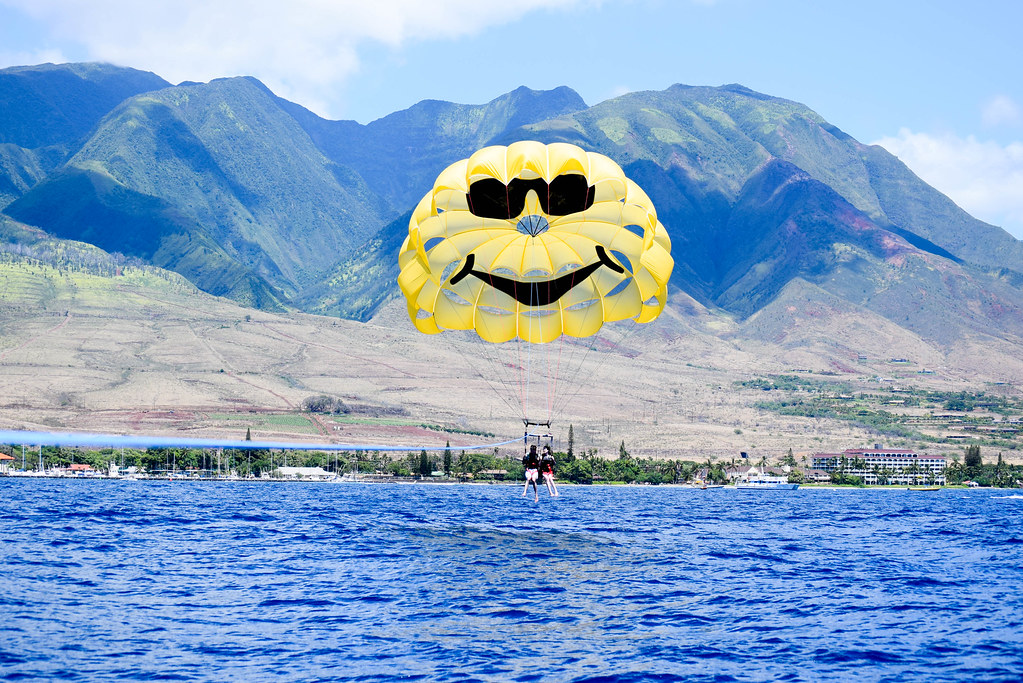 Now don’t get “loosened up” confused with “totally fine” because I was shaking like a leaf until we got down. Parasailing was totally awesome. Dangling by a two metal clips 1,000 ft in the air? That was utterly terrifying. It was a confusing time in my life.

Neither of us had ever been parasailing before, and we ended up being quite surprised by the whole experience. It was totally silent while we were in the air — not to mention calm — and the views were just spectacular. Alex, being the kind and caring husband he always is had his arm around me, and kept his urge to somehow manually propel us forward by violently swinging his legs and jumping under control. I can’t say how much I appreciated that.

I also really appreciated being back on the boat when our flight was over. Alive.

It was a lot of fun — we both agree that on our subsequent beach vacations that parasailing is a must — but for us first timers, it proved to be the kind of fun that warrants having a drink afterward.

So we did that, too.