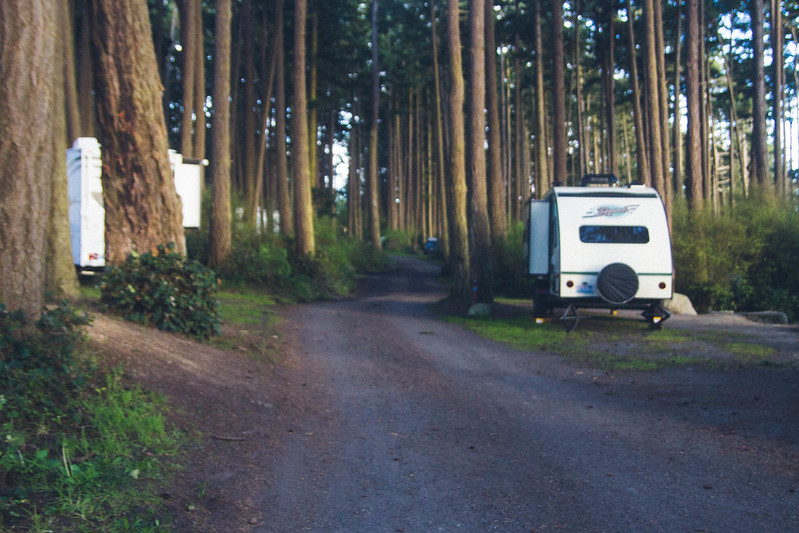 It was a narrow victory over the elements, terrifying zippers on a tent, and a seven-month-old puppy, but man won.

Fearing for our sanity, we decided to start small for our first camping trip with Em, and went to Deception Pass State Park (our favorite shakedown camping spot for its proximity to Seattle), the most popular state park in Washington, and whose campgrounds are frequented by large groups of people and their army of generators. We figured that those two variables — why we usually avoid camping there — would be a fantastic way to detract from any potentially scary (read: bark inducing) sounds of nature, and might detract from some of said barking should Em decide to go with that mode of communication. I was terrified by the thought of silence, and remained thoroughly convinced until we got back to Seattle that all of the stuff would hit the fan.
Fortunately for us, only some of the stuff hit the fan, and because beggars can’t be choosers, I’m in no position to complain.
The things we thought might scare Em or make her uncomfortable like the beach, the heavy wind, the big waves, the tent, and the campfire didn’t phase her at all. 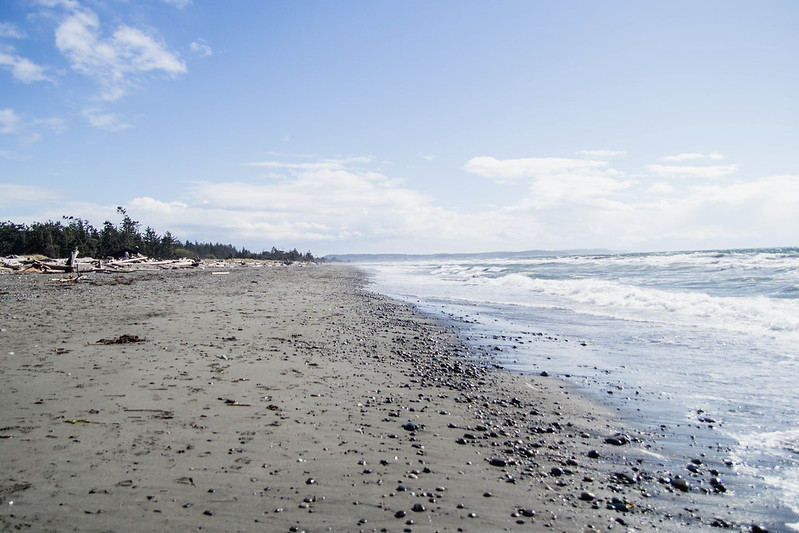 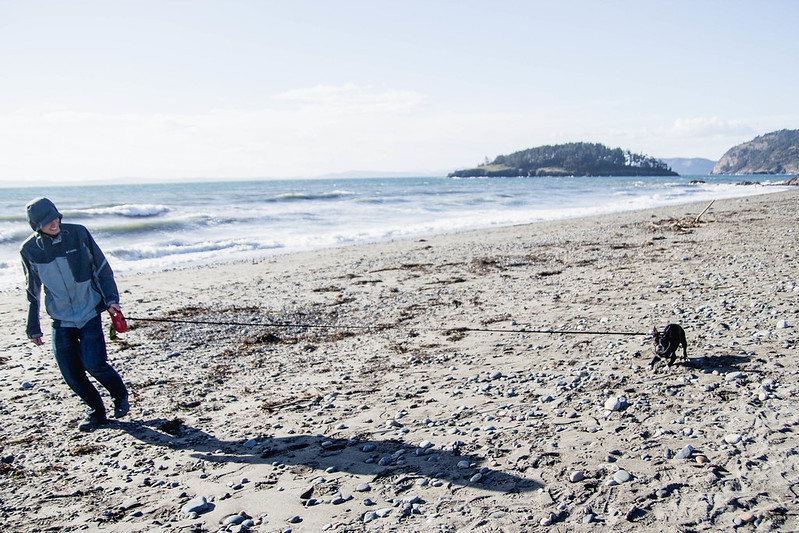 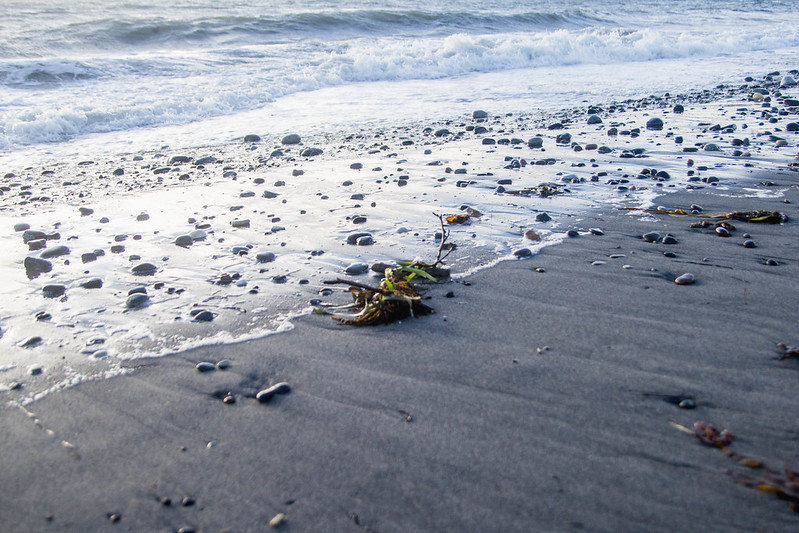 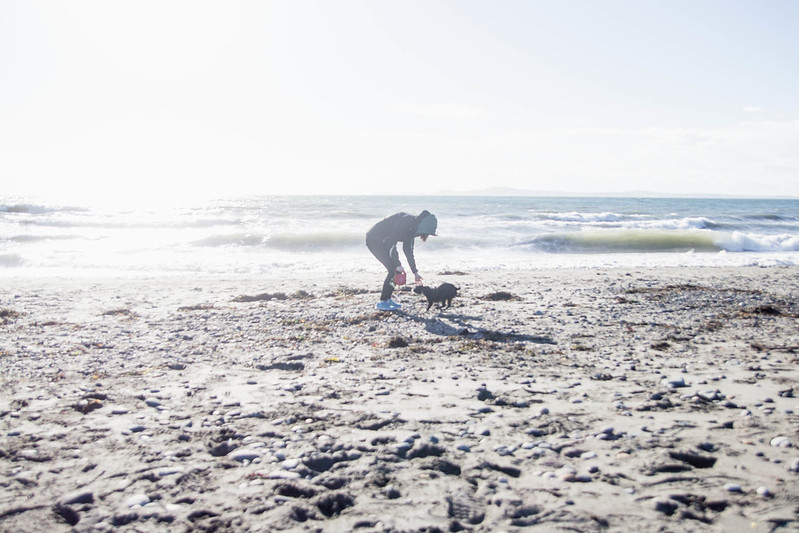 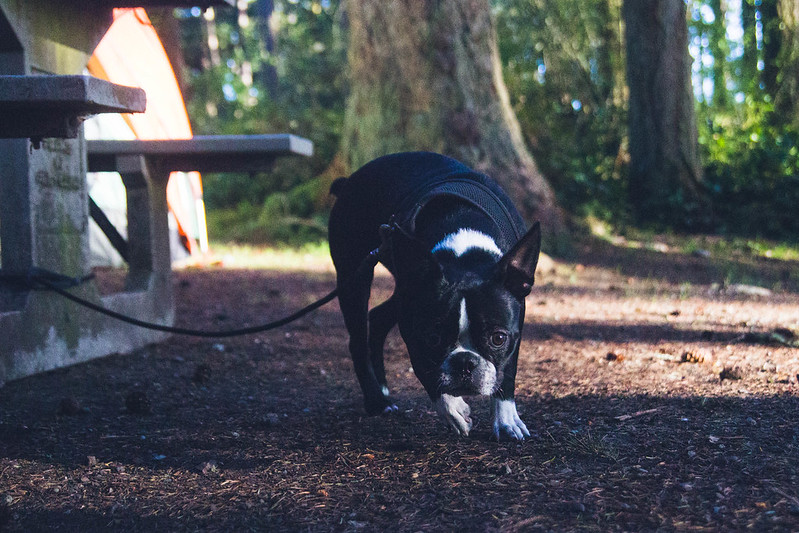 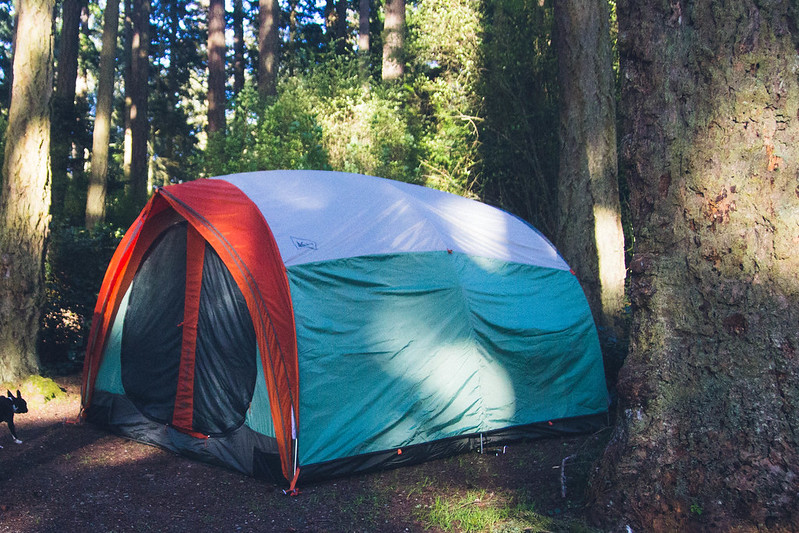 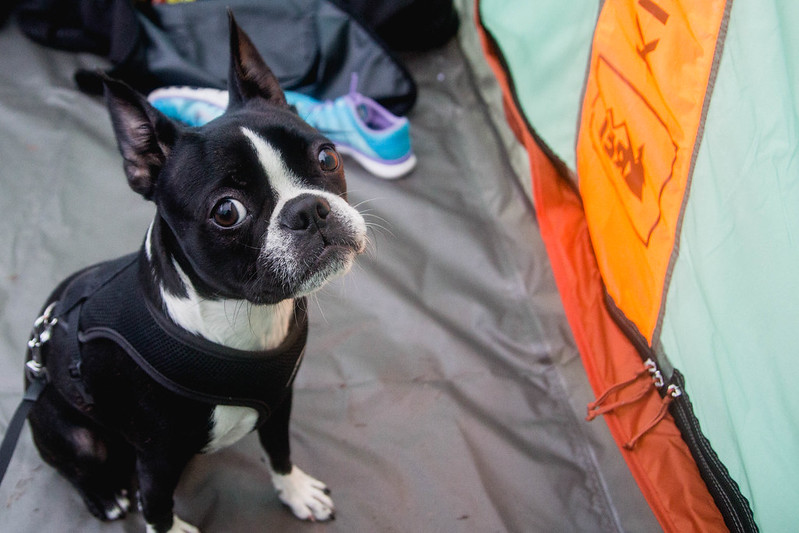 She was less enthusiastic about the sound of the zippers on the tent, and wasn’t a huge fan of “solitary confinement,” which is what I imagine she would call the act of being inches away from us while in the death chamber otherwise known as her crate, and made it known. She also questioned the safety of being in a moving vehicle amongst shadows cast by trees, but in a stunning act of courage, only tried to hide in Alex’s arms a few times.

Needless to say: everything went better than expected. Paranoia is kind of my strong suit, so this doesn’t really surprise me. Em is officially a camping puppy now, and we have officially gotten back one of our hobbies now that she is old (and trained) enough to handle it.

We are all alive and well at the Fort camp, just enjoying the sunshine and warmth that has decided to come our way, and we hope that you’re able to do the same wherever you are. See you soon!

the most wonderful time of the year