Our plane landed in the hazy heat of the evening. A live band was playing Hawaiian music in the airport on a make-shift stage, and we encountered no less than six signs pointing the wrong direction for baggage claim/shuttle transport/car rentals. Alex and I had been on the Island of Kauai for maybe 30 minutes, only five of which had actually been spent outside of the confines of a plane, and this trip was already amounting to be nothing like what I expected. For six months, and up until that very moment, I was imagining myself bursting through the doors of the airport and into the sunshine, bee-lining to the beach on a perfect 80 degree afternoon, getting lots of rest when I wasn’t on said beach, and drinking Lava Flows amongst the backdrop of verdant green mountains. And that was only the itinerary for the first 12 hours. Reality, instead, was live bands, crazy signs, bursting through the doors of the airport after sunset, and bee-lining to a bench where we’d wait for shuttle to take us to a car rental agency. From the agency, we’d drive 50 mph in the dark, on mostly unlit two-way streets, and get lost three times on the way to a hotel where I would promptly fall asleep at 9 PM without consuming a single drop of anything fruity and alcoholic, or so much as seeing a beach.

By morning, however, I was on the way to redemption. We got up nice and early to start our exploration of Kauai by saying a temporary goodbye to East Side to head South. Several miles, many switchbacks, and a tunnel of trees eventually revealed to us the town of Poipu. It was there that we found our Airbnb on a quiet suburban street, a short, beautiful walk from a resort and several noteworthy locales of the South Shore, of which we promptly took advantage. 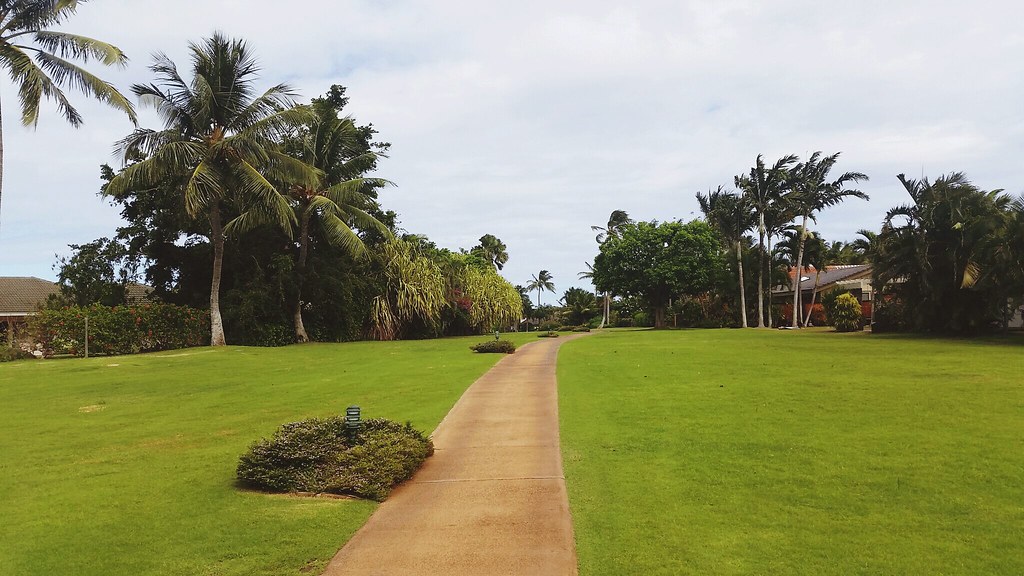 This path set the course for our quest to avenge the prior day’s lava flow that never was, and we sidestepped chickens, and talked about things like Hawaiian school districts and HOA fees along the way.  We finally found a relatively quiet bar, ordered two Lava Flows to the astonishment of an employee who momentarily boosted my ego by being convinced that we were both under 21,  and officially commenced our vacation.

Drunk on relaxation (way) more than the glorified ice cream that is the lava flow, we found our way back to the path, and followed it down to the edge of the Pacific Ocean. It was a process we repeated often: walk the path, go somewhere pretty, go somewhere with food and drinks, go back to the Airbnb to relax — and it was everything we needed. 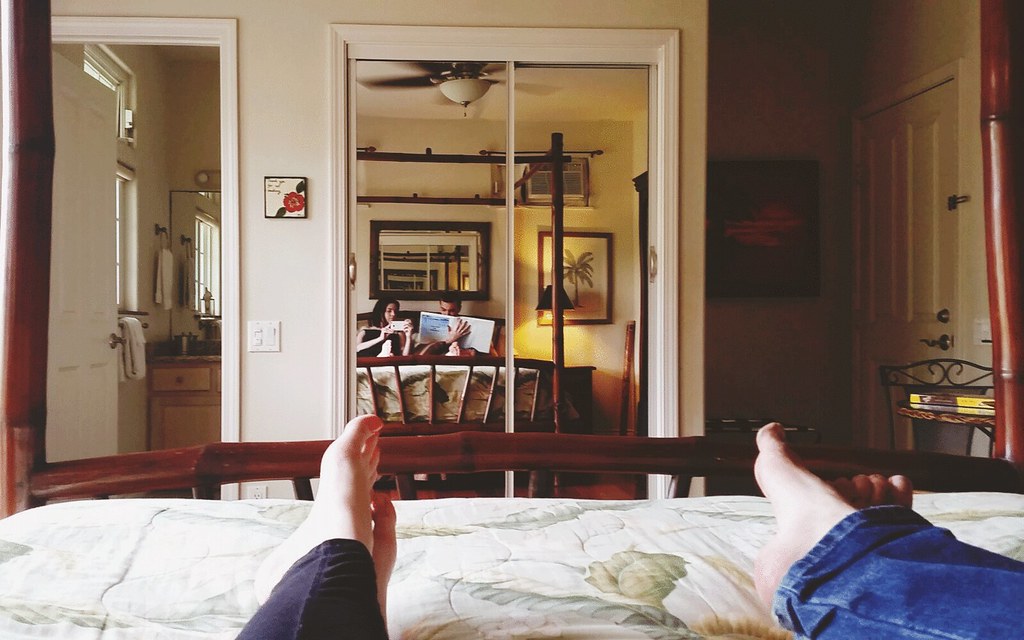 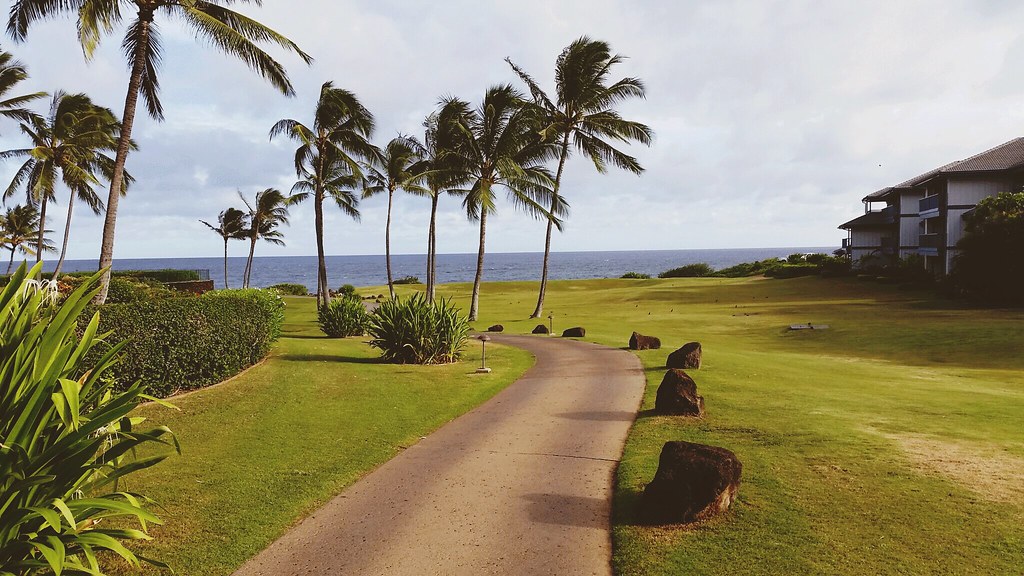 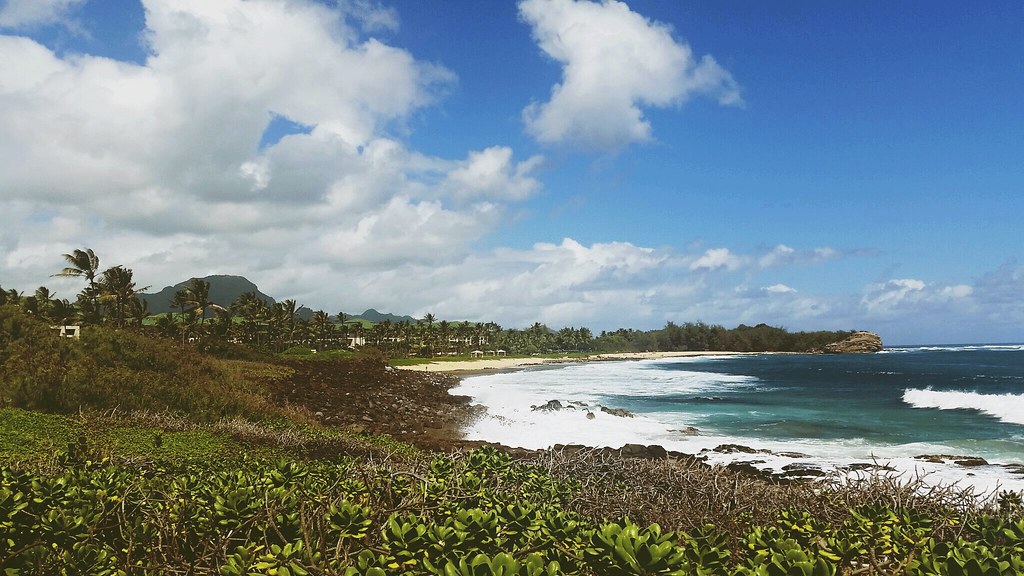 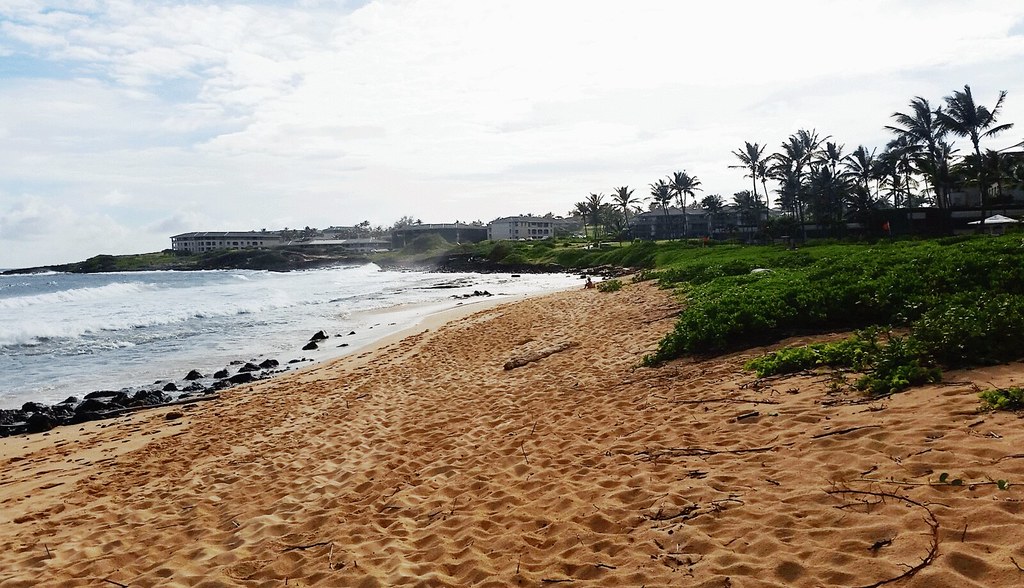 Full on enough relaxation to last us the week, we loaded up our rented black Camaro, and left Poipu in search of the even greener pastures of the North. The only thing that stood between us was the winding road across the East Shore, and the siren song of it’s mountains, rivers, and waterfalls which successfully lulled us from our final destination and deep into a lush, emerald paradise. 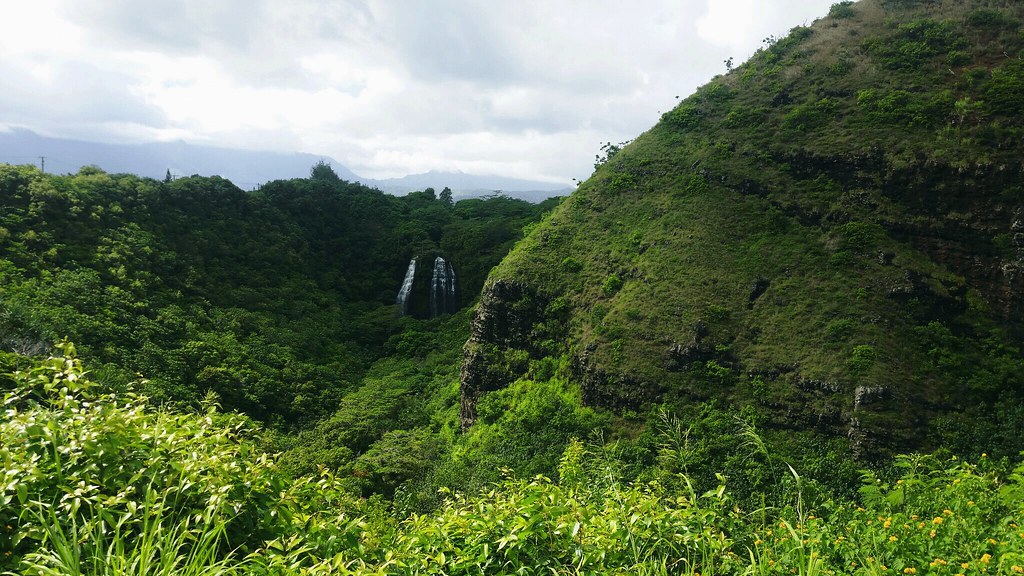 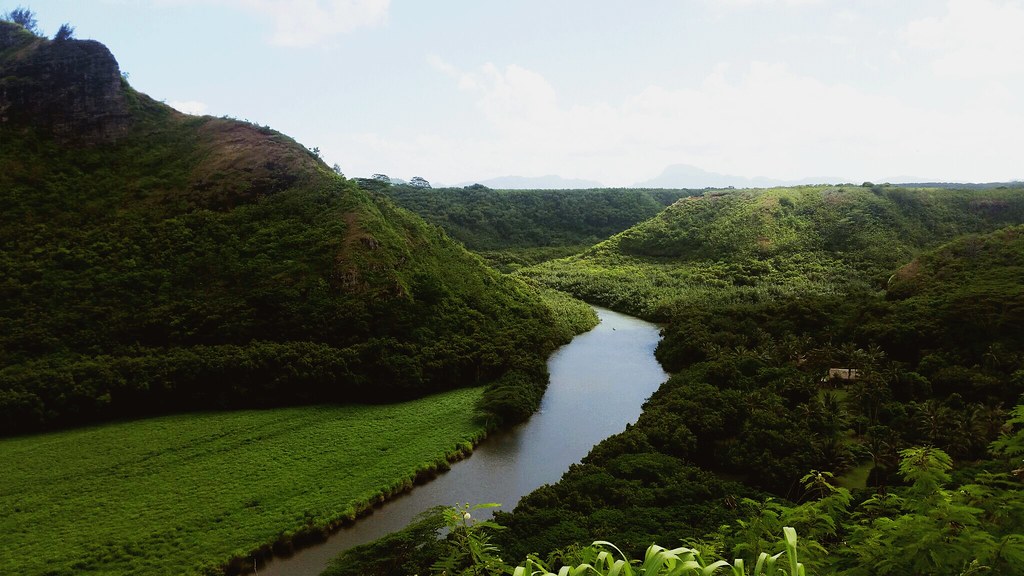 By the time we made it to Wailua, I thought we were somewhere in FernGully. It turns out that we were only at an overlook at the side of a quiet highway, but soon found if we traveled down the mountain and up the Wailua River, we’d end up somewhere just like it. So, we snaked our way down into the valley, and over to a marina where we boarded a boat just as the sky grew heavy and grey. 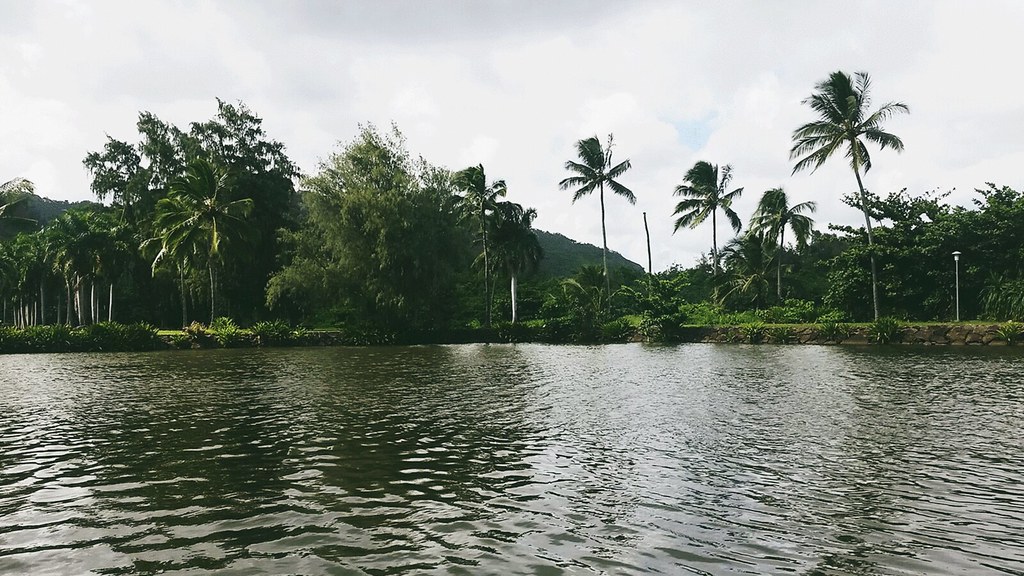 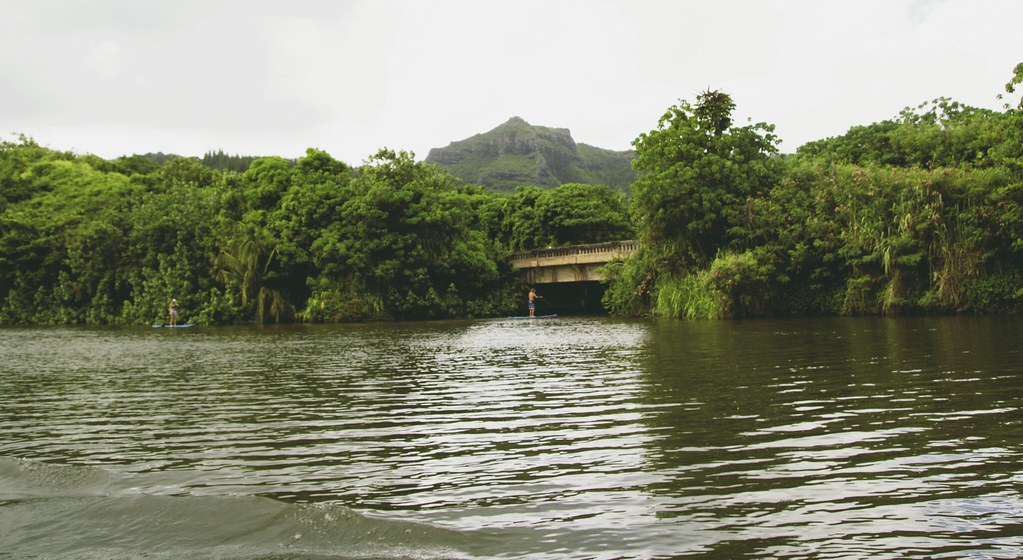 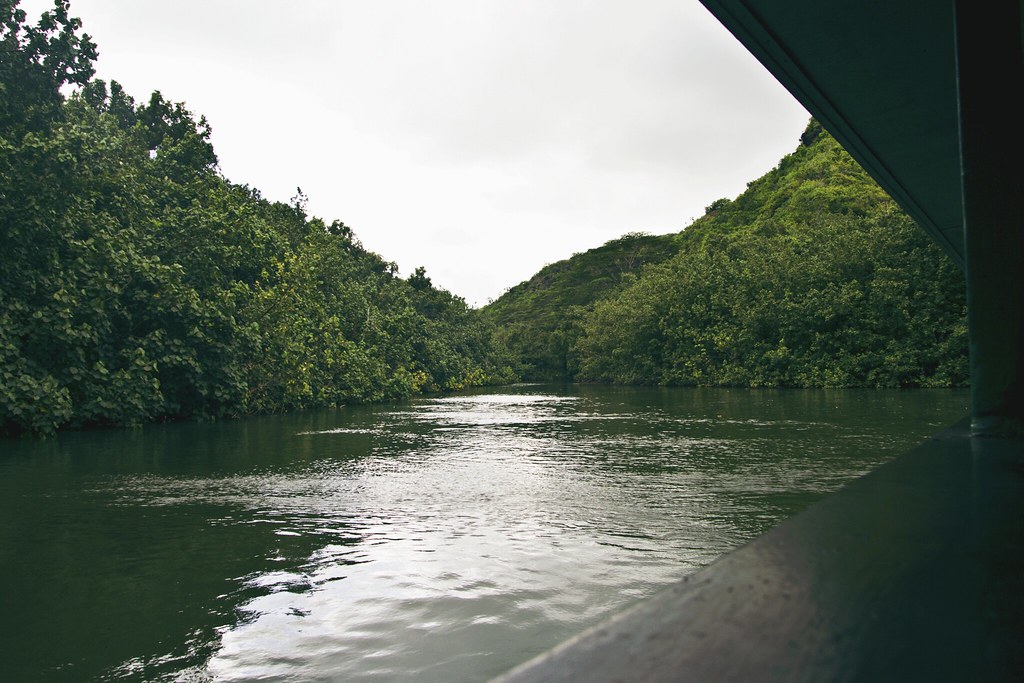 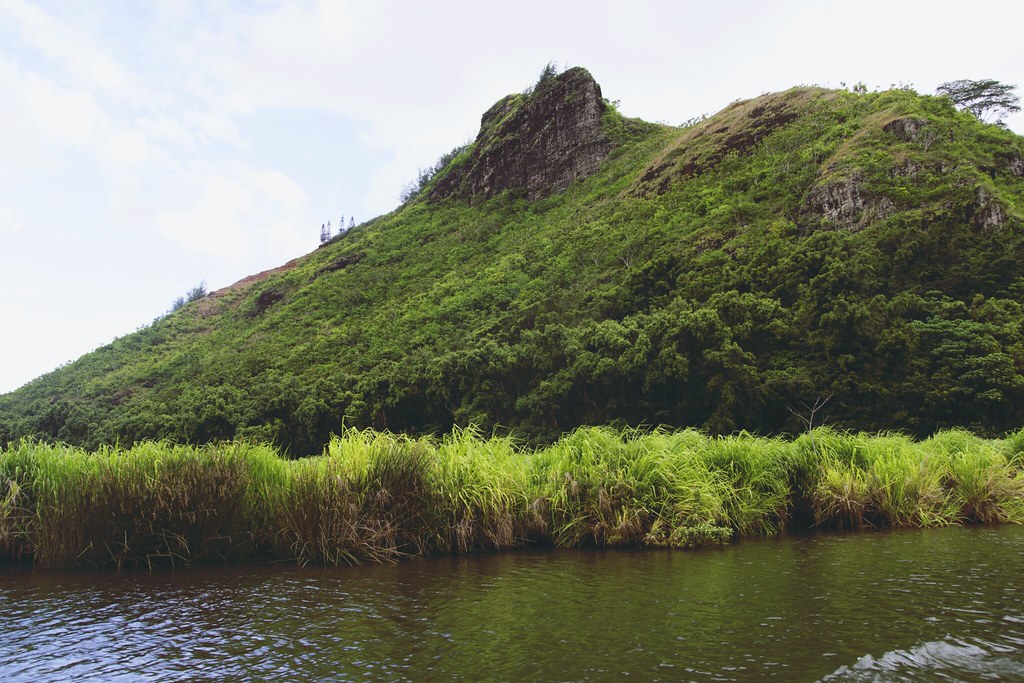 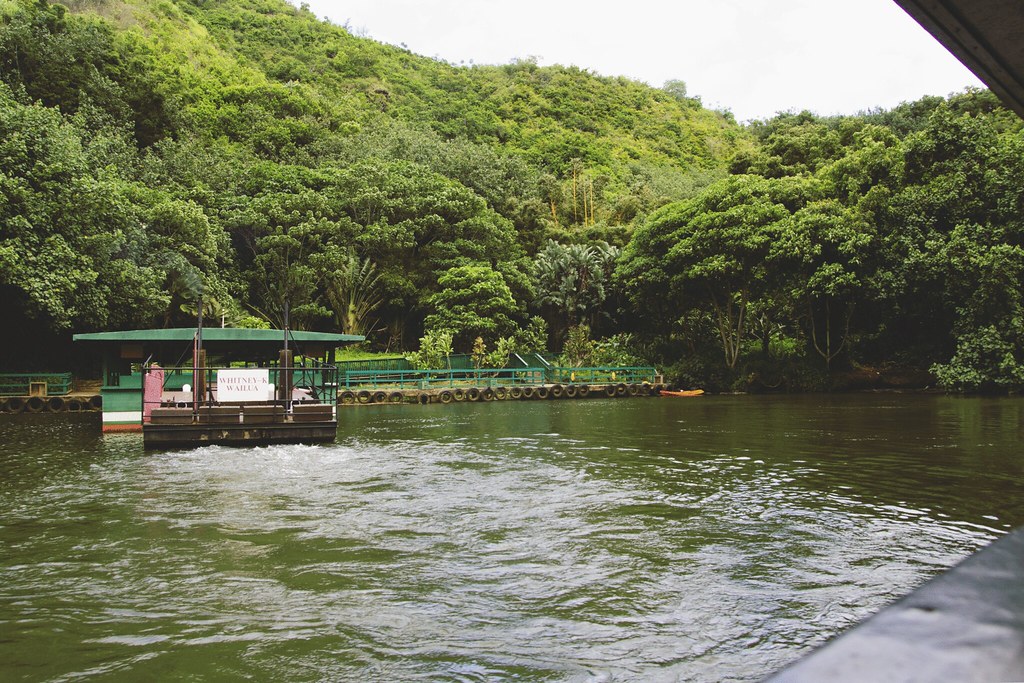 Seveal miles later we were greeted at a dock with the promise of eden, and a short uphill trail walk delivered just that: 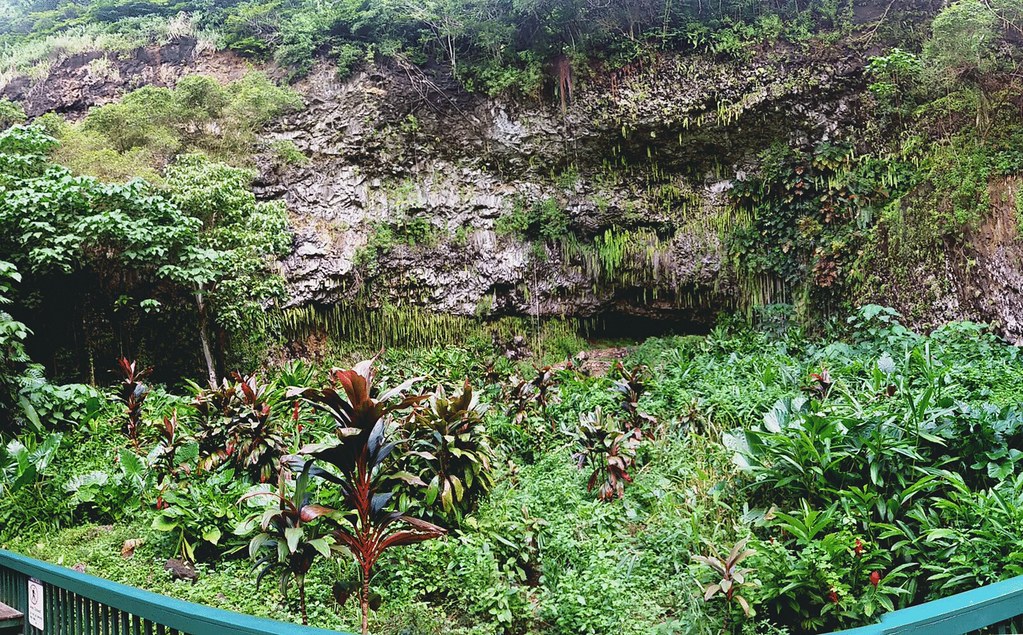 Fern Grotto, known as the most romantic spot in Kauai. It was magical. The dreaminess was enhanced by performers singing the Hawaiian wedding song, and I was completely swept away by the beauty of it all. I practically floated my way back down the trail to the boat, and was lost in a haze of my own thoughts and beautiful views on the way back down the river.

Further up the highway, the North Shore still beckoned. 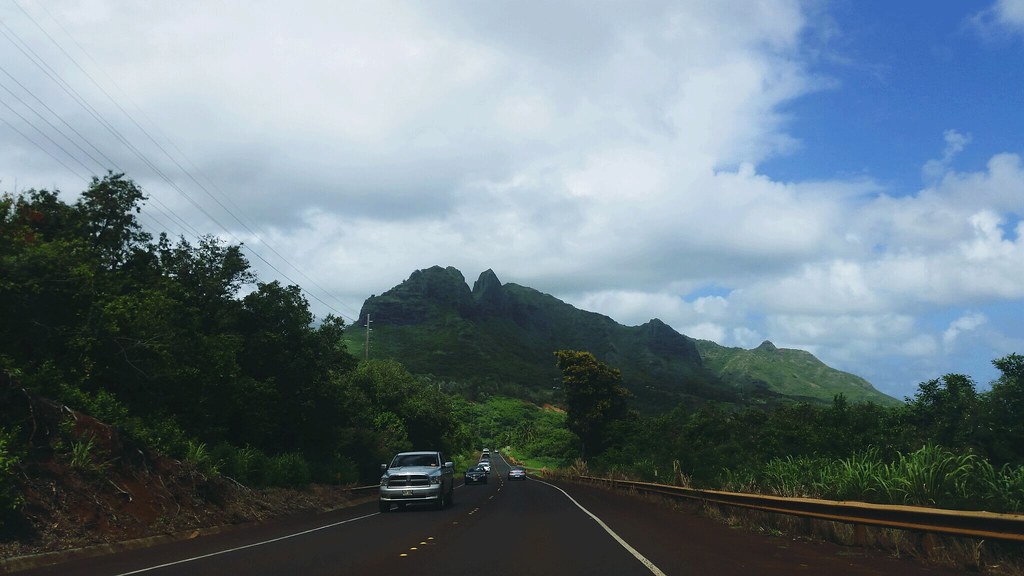 Each curve of the road revealed to us landscapes and greenery straight out of Jurassic Park, and it was hard to imagine anything more enchanting.

But we were just getting started.