We were greeted at the North Shore by jagged, verdurous peaks not all unlike those we saw on the East, but I was still mesmerized. I half-expected to be used to the fairytale landscapes and wonder of it all after several days of travel, but as you might expect, a place that looks like FernGully, Jurassic Park, Pandora, and wherever the fairies dance during the nutcracker suite in Fantasia is endlessly surprising. 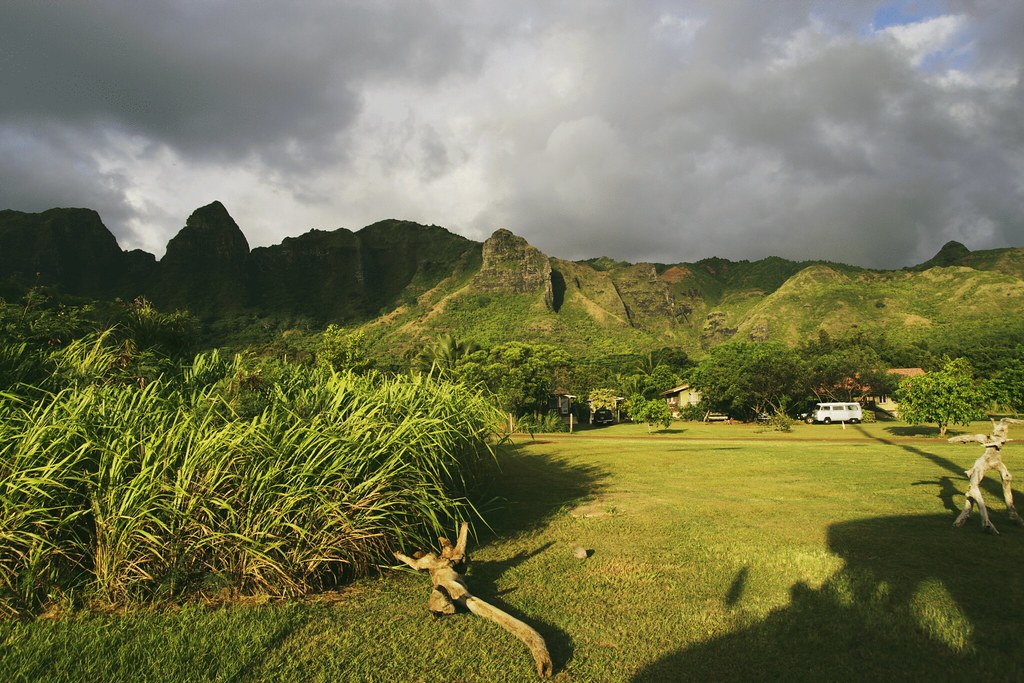 When we arrived at the resort, we rid ourselves of our belongings and headed straight outdoors. I shook out my road-weary bones as we walked in the grass, seeing what there was to see. Soon we found ourselves perched atop an overlook of the ocean when the winds picked up, and I wrestled to simultaneously keep my hair out of my face and my dress down as I snapped a photo, before ducking into the shelter of a cabana where I fell asleep, curled up on an enormous wicker chair, to the sound of rustling curtains. 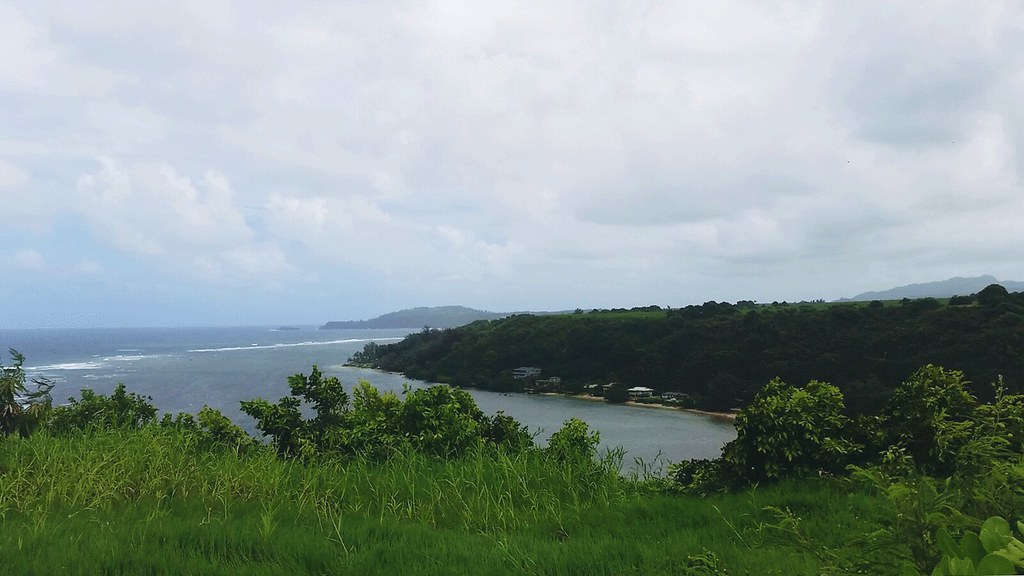 I was out for about a half hour, and fought consciousness for several minutes after I awoke before I reluctantly opened my eyes with one thing on my mind: Lava Flows — again — and maybe some food. This same scenario played out in various iterations basically every day, sometimes with “food” being more specifically replaced with “brunch,” or done away with altogether in favor of even more delicious delights, like “waterfall views.” The Lava Flows, of course, remained a constant.

Either way, we had our cake and ate it, too. 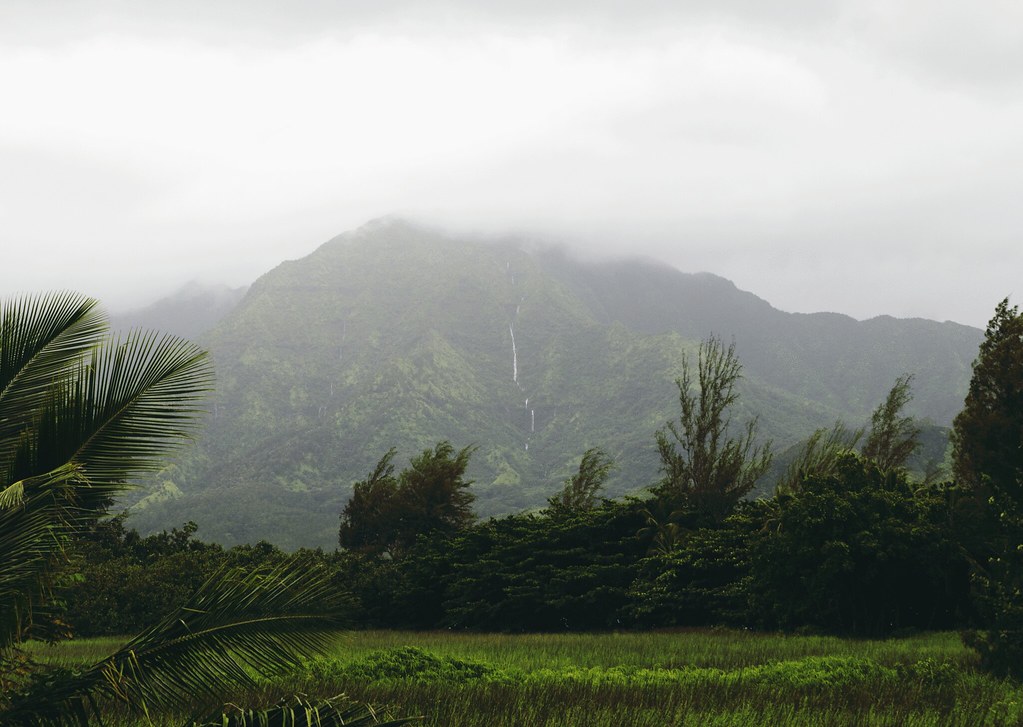 Other afternoons were spent exploring, taking in the views, getting caught in rain storms wearing all cotton, or doing all three. 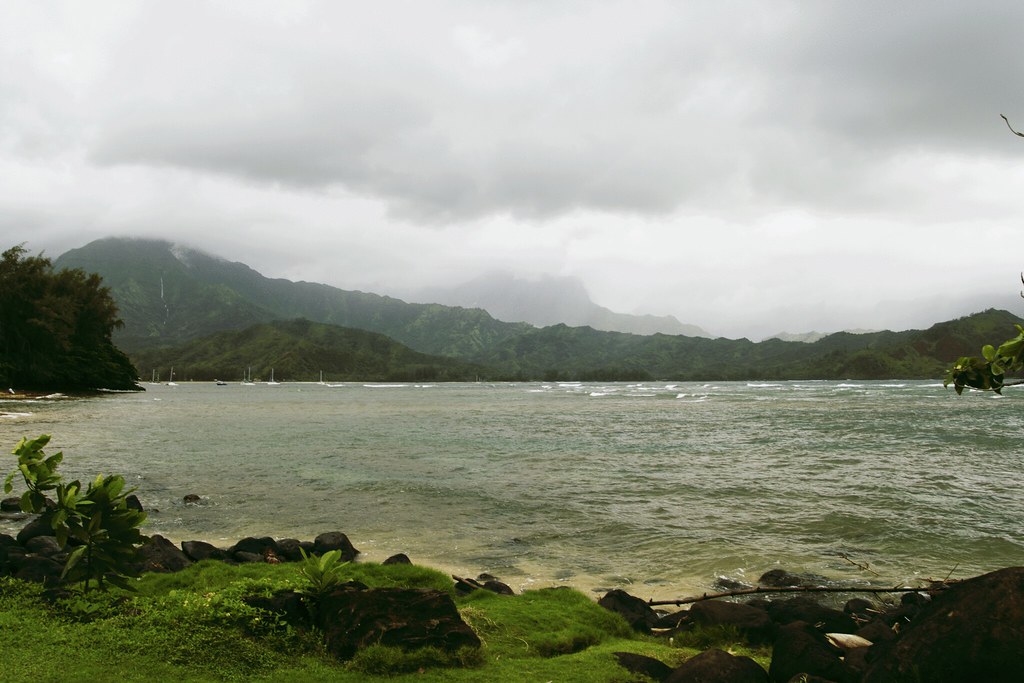 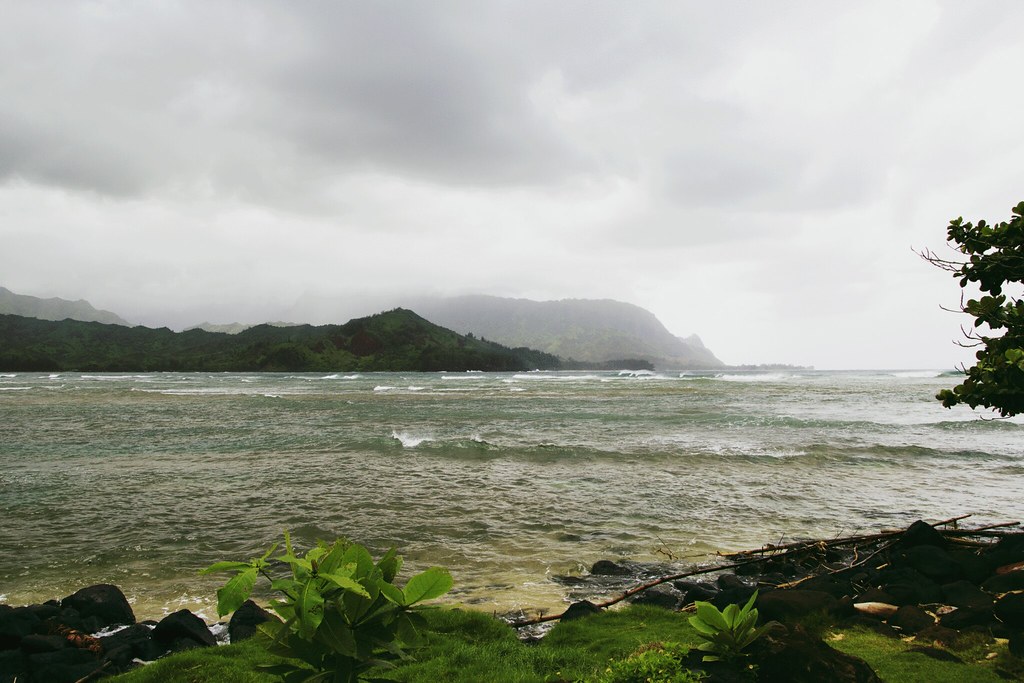 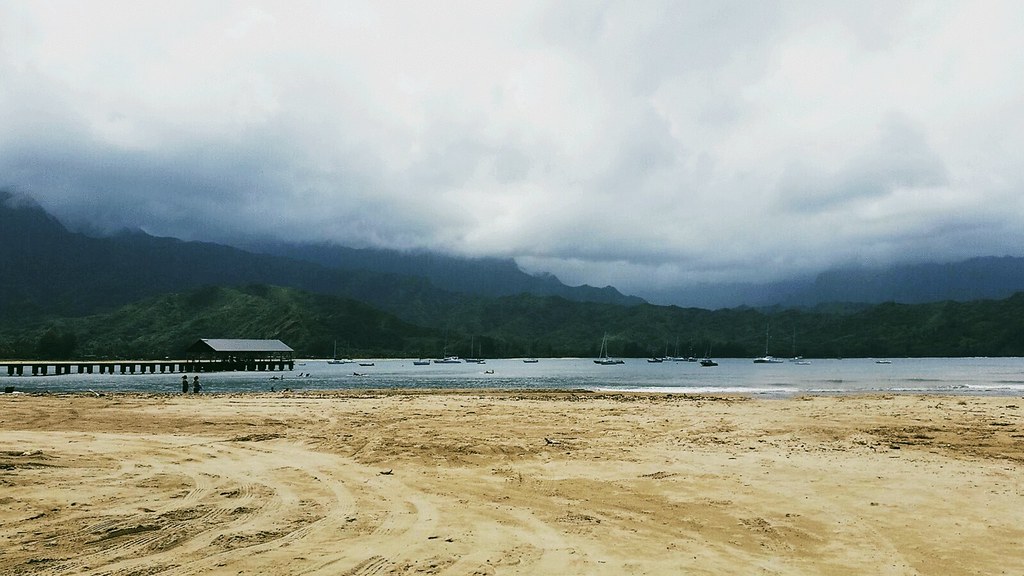 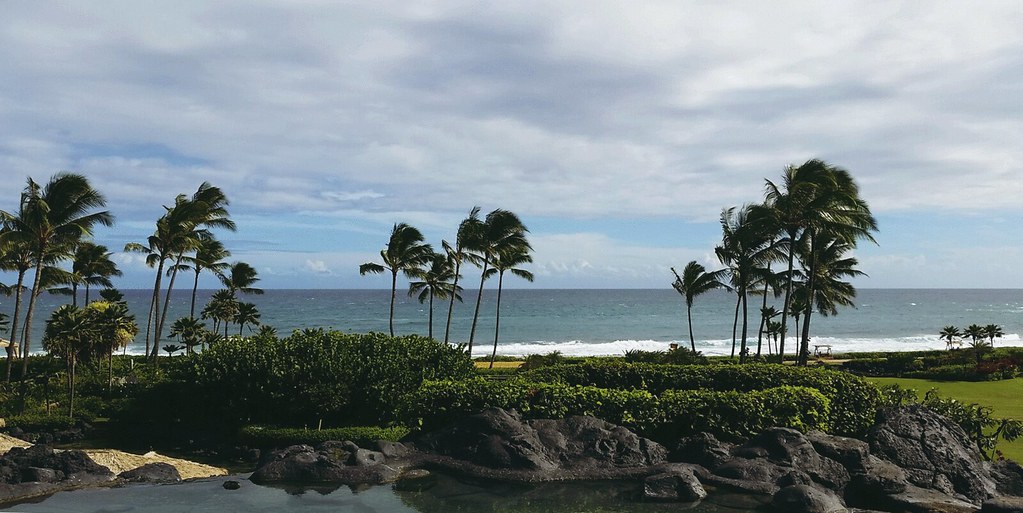 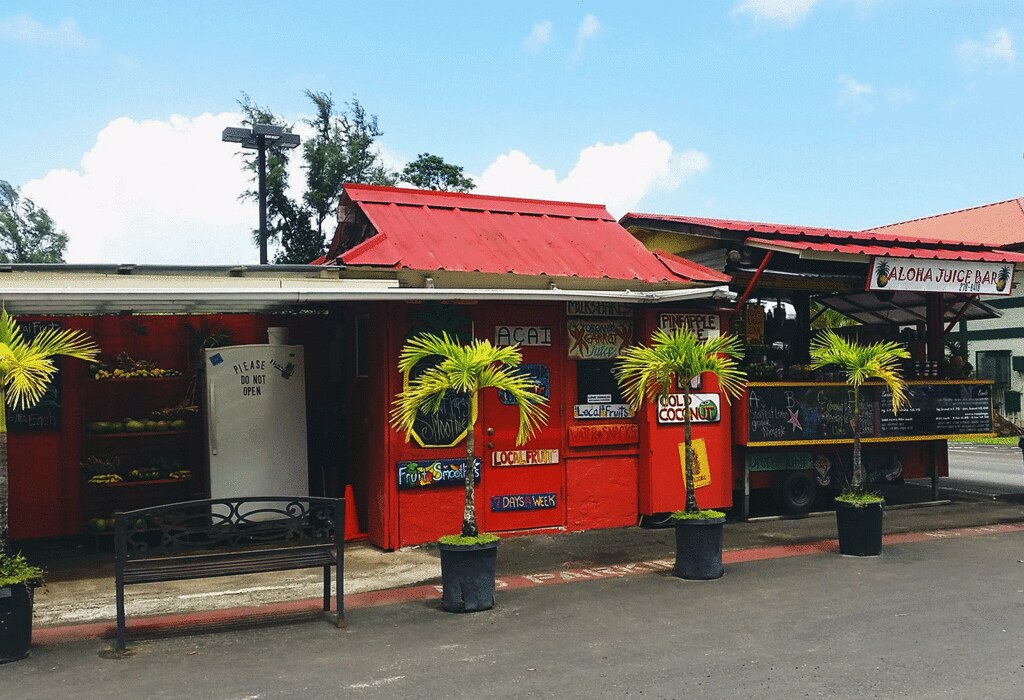 But the very best afternoon was spent on a catamaran off of the Na Pali coast, ducking in and out of sea caves, and getting dunked under waterfalls. 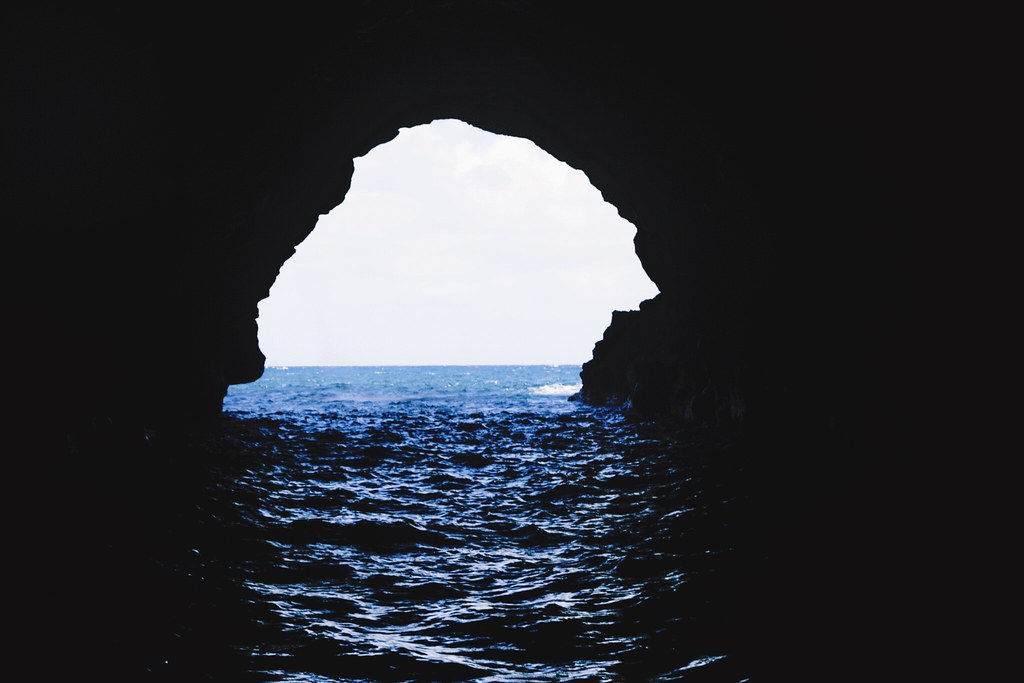 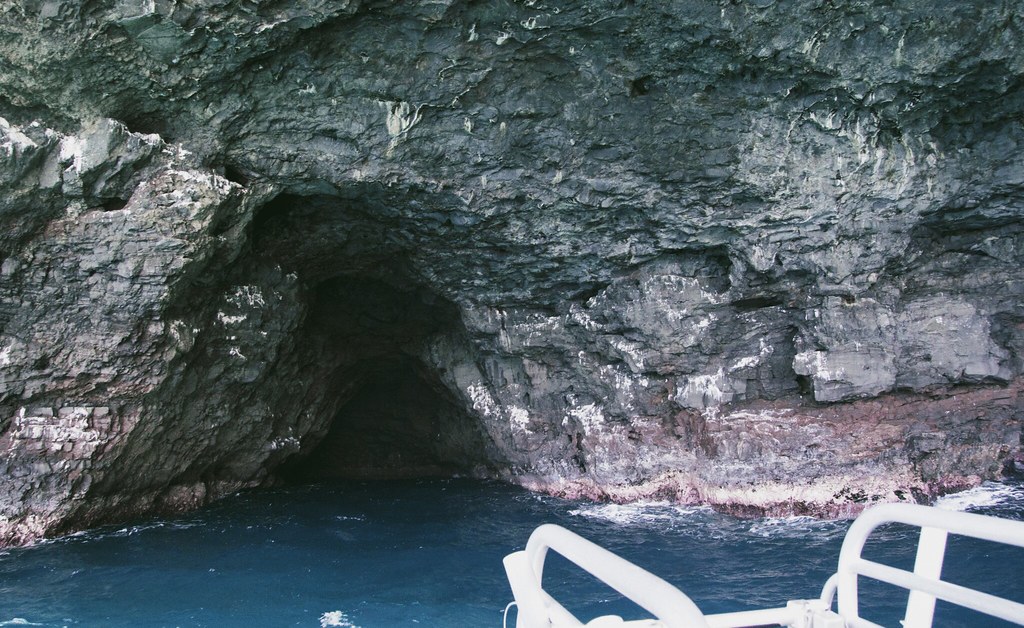 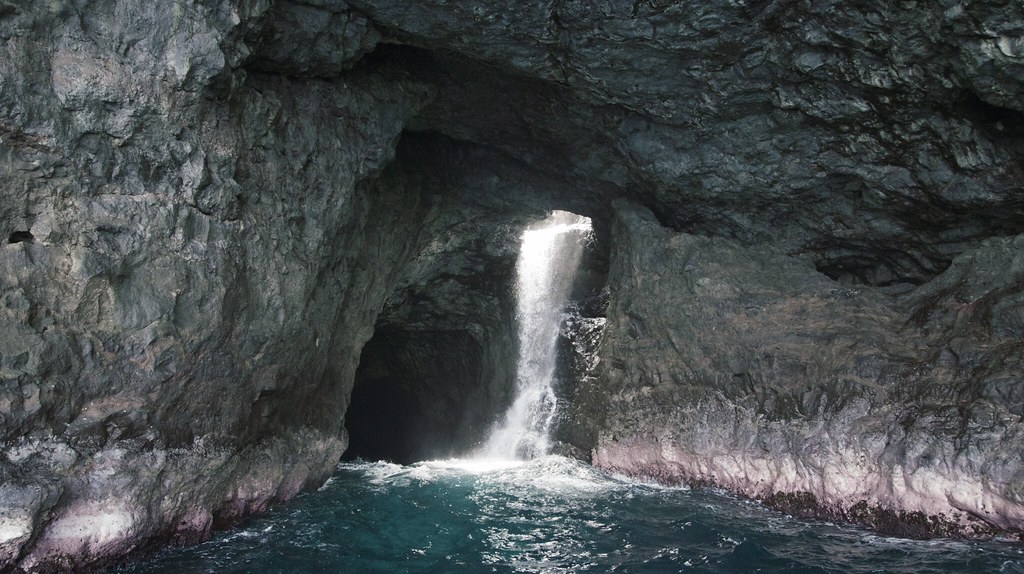 At least that is what we did in between drinking in a kaleidoscope of color on the open ocean, and swooning over the sprawling vistas of magnificent cliffs and valleys laid out before us. 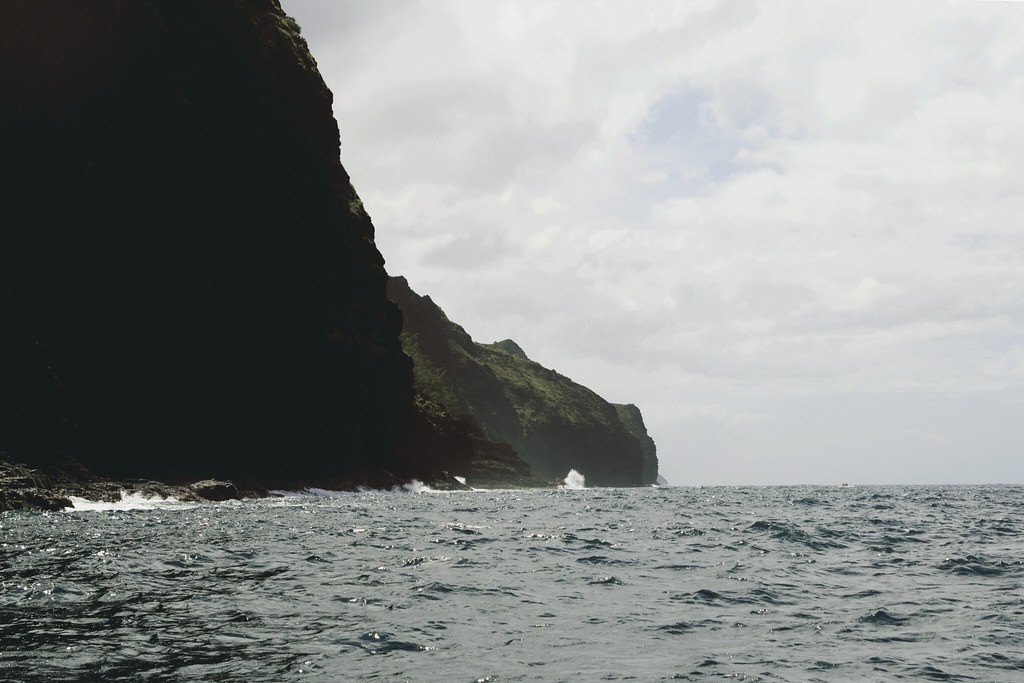 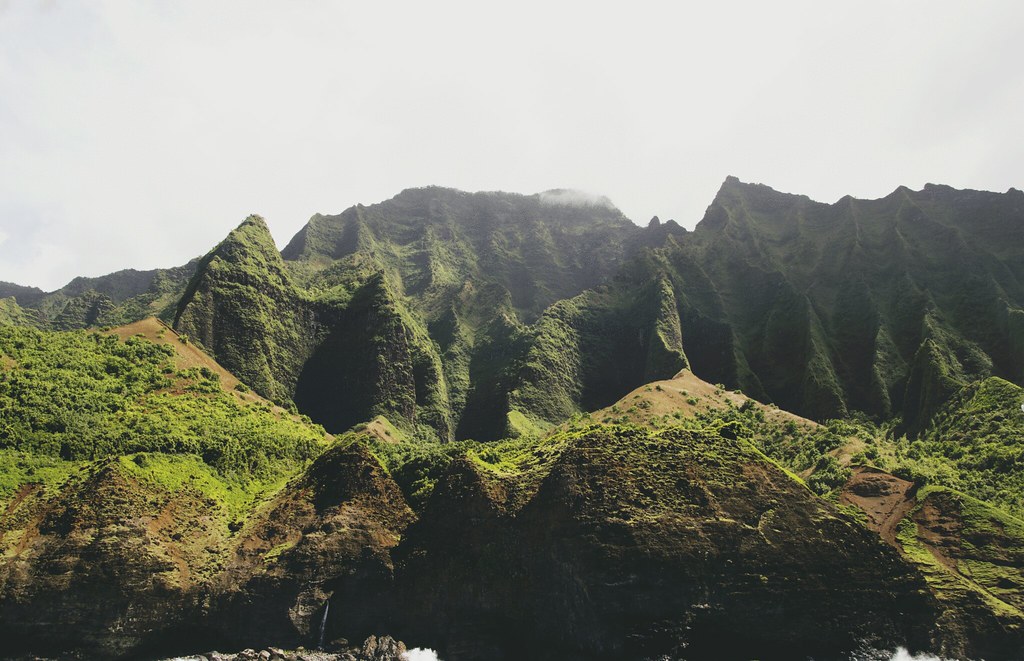 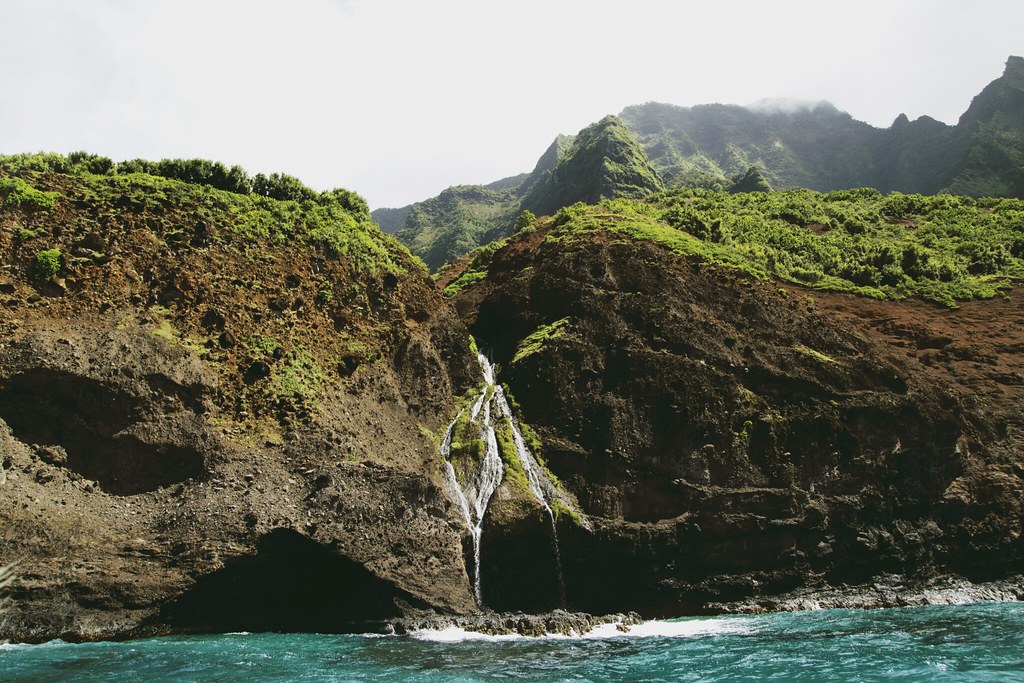 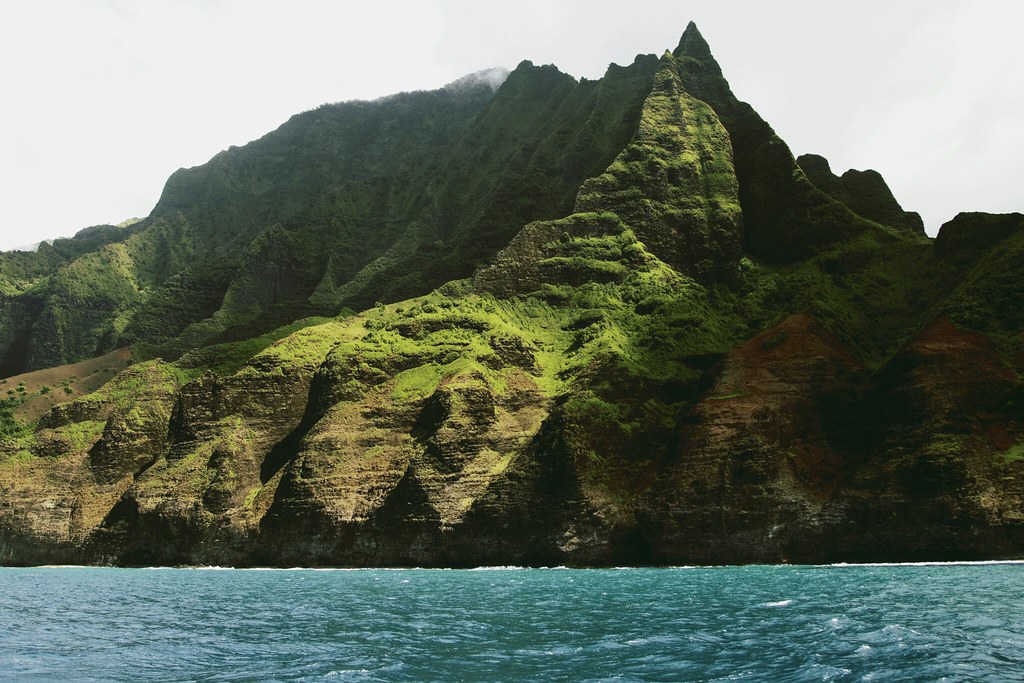 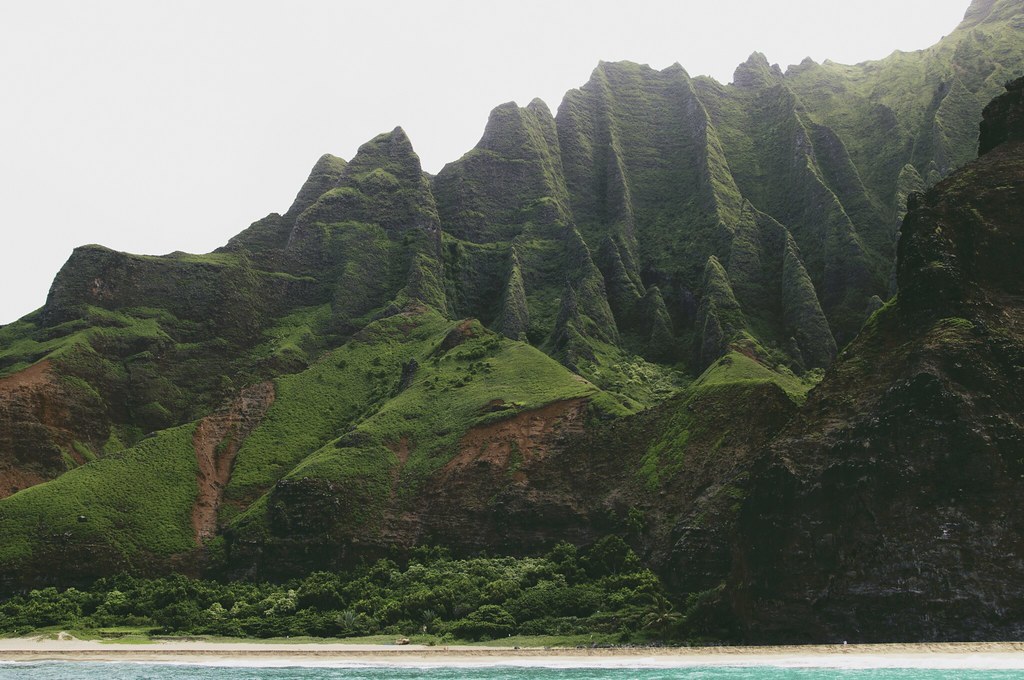 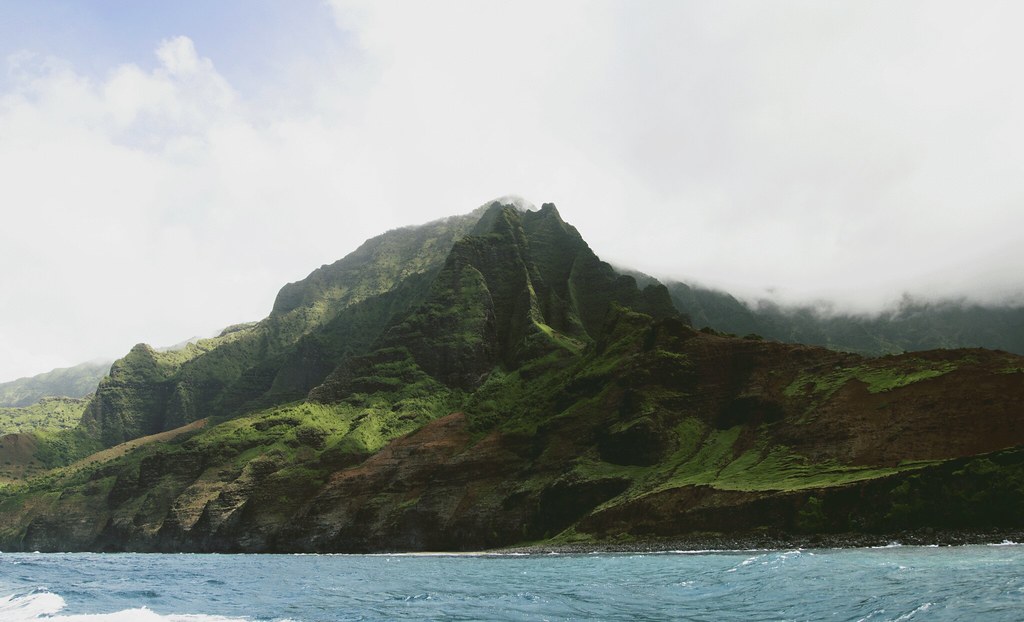 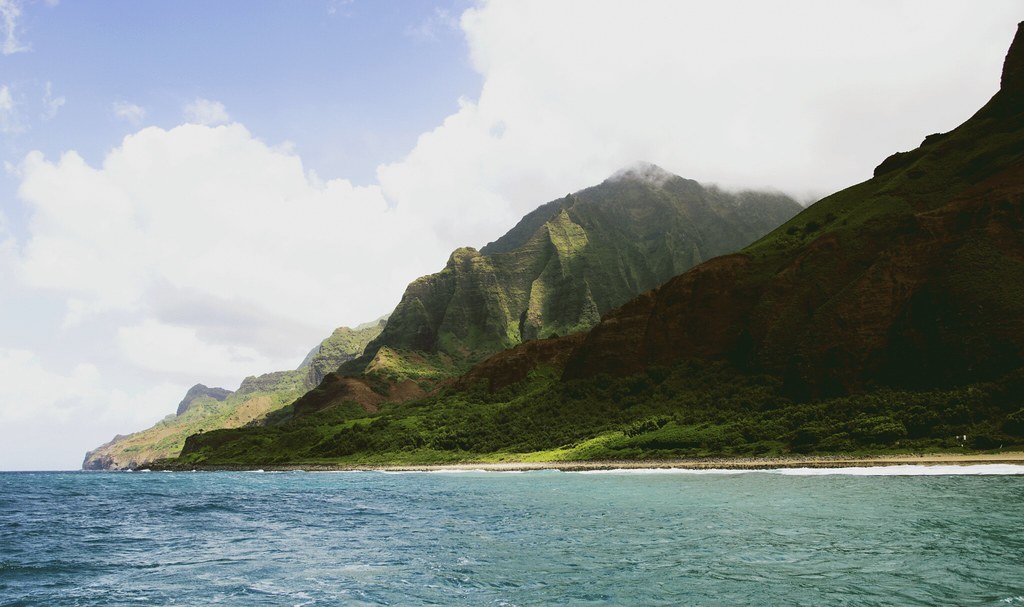 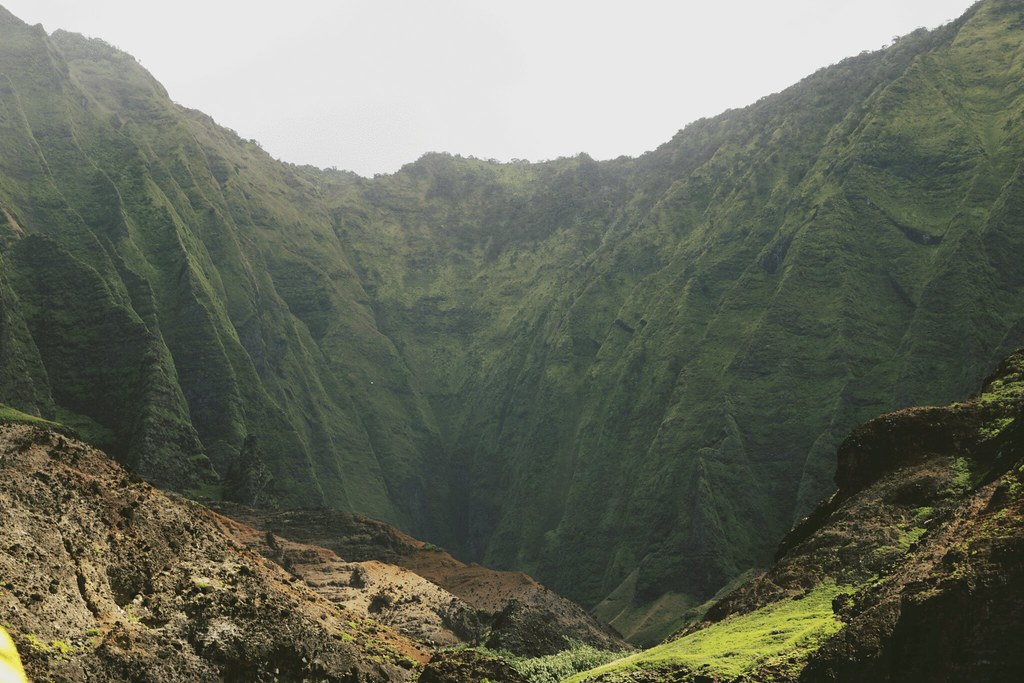 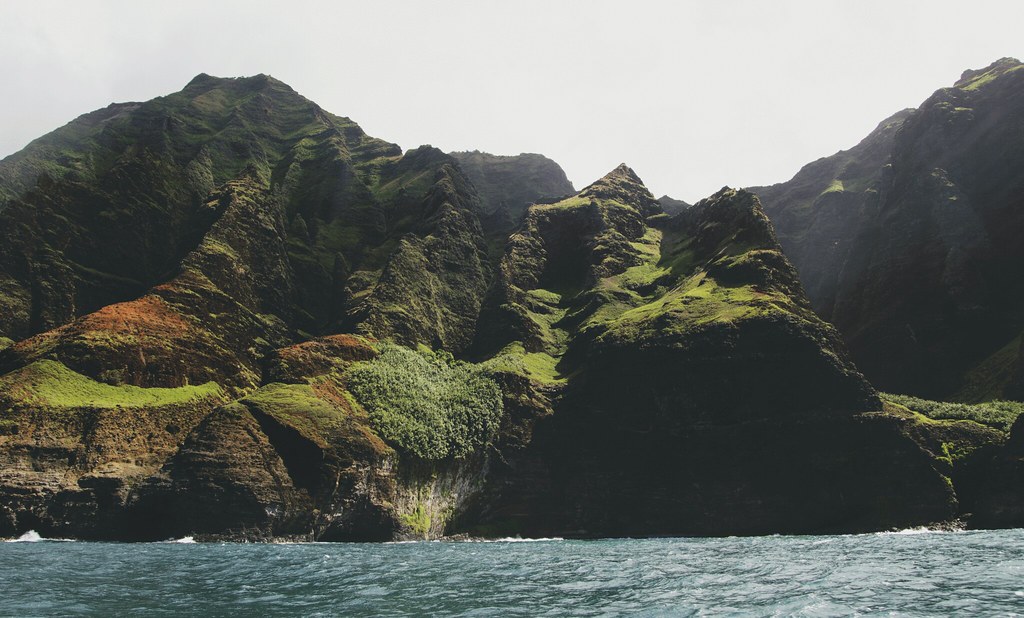 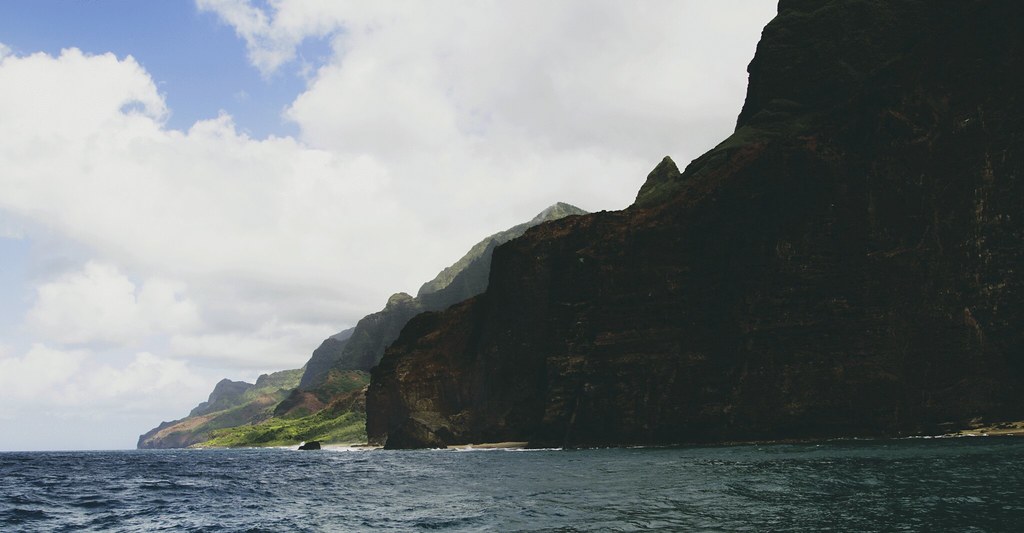 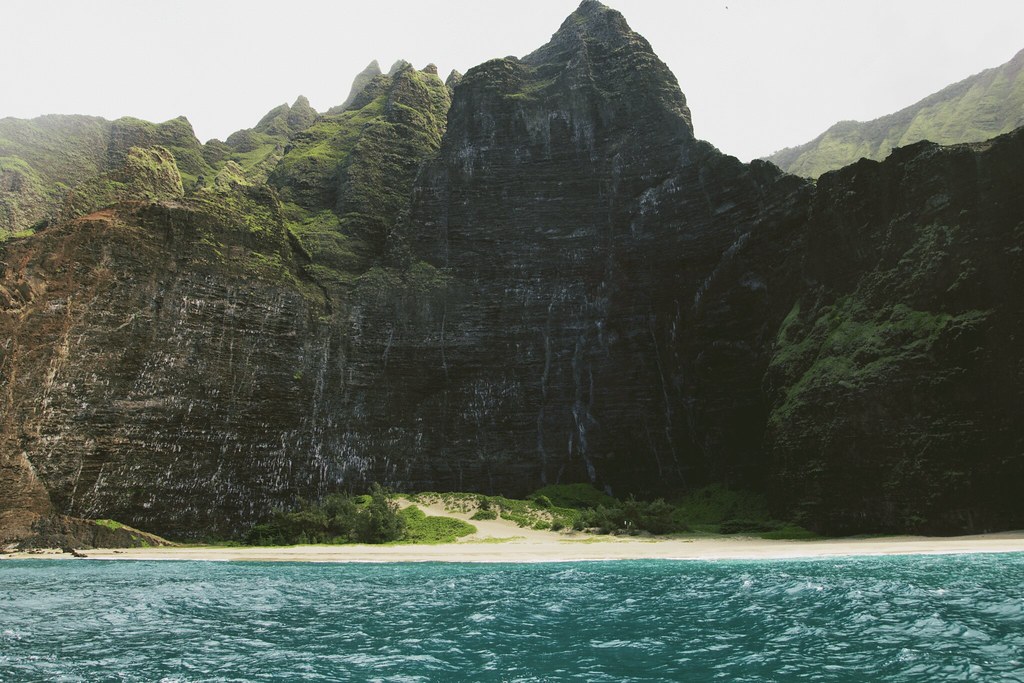 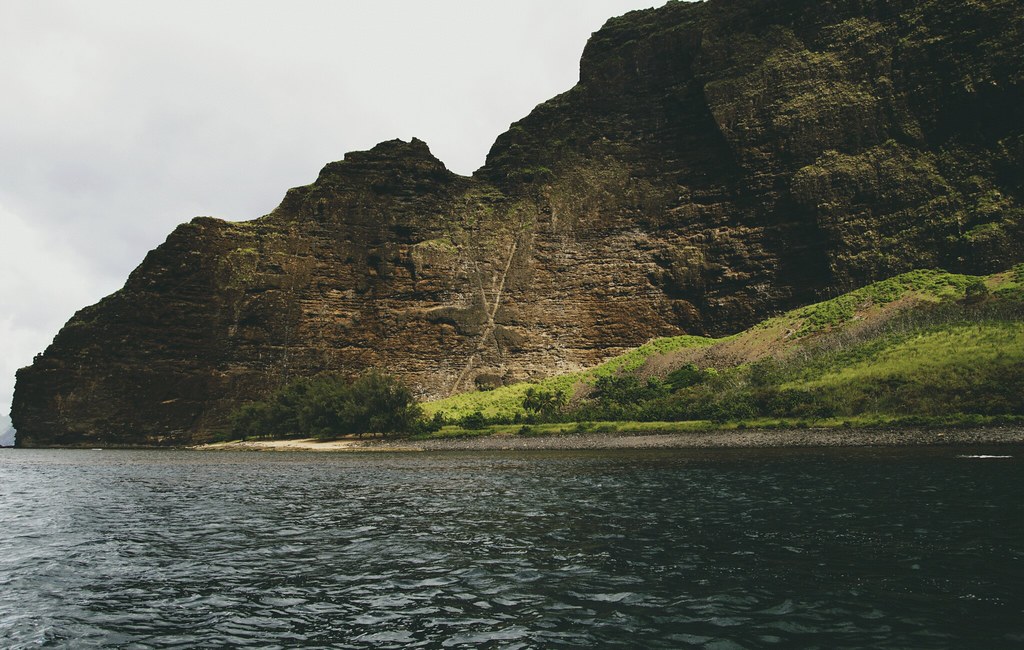 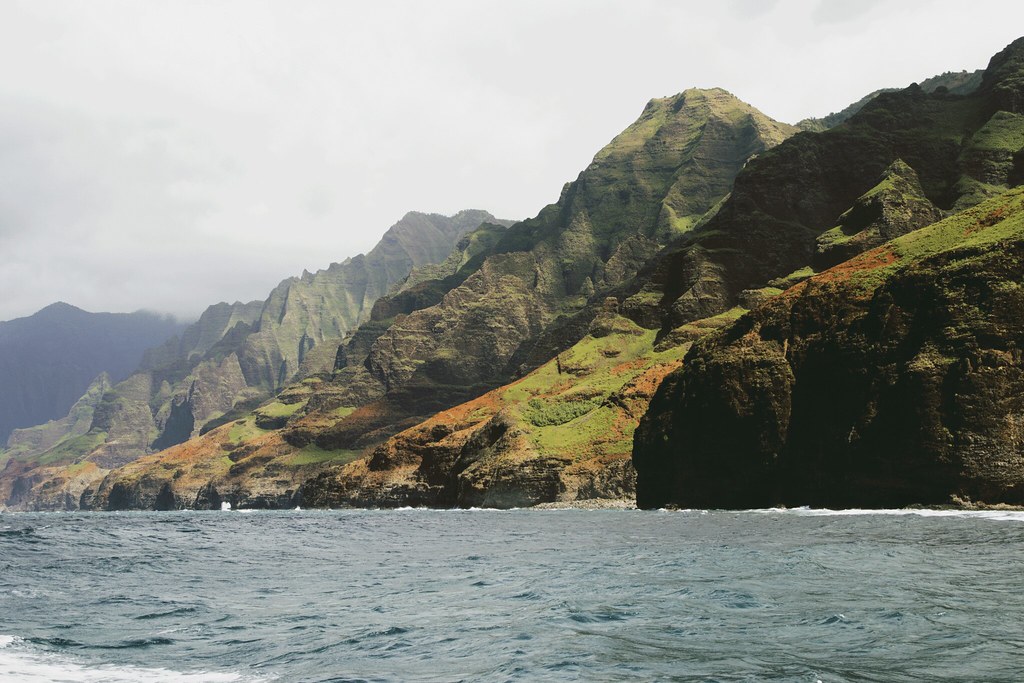 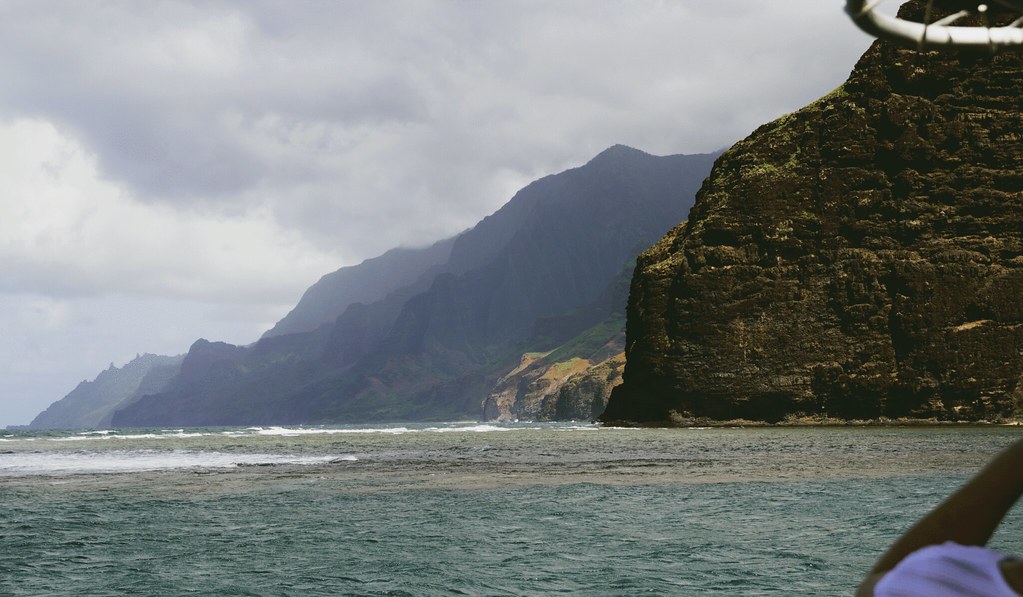 We made a fast, and extremely wet trip back around the coast to Hanalei, and disembarked the boat covered in salt, with sunburn on our necks and noses, smiles on our faces, and full hearts. But our Kauaian adventure wasn’t over yet. There was still the business of drinking more lava flows, making time for actual relaxation, then driving back around the island, and up the mountain to the Waimea Canyon. And at an average speed of 22.8 miles per hour, we did just that. The views from the lookout? Oh, you know, ho-hum… 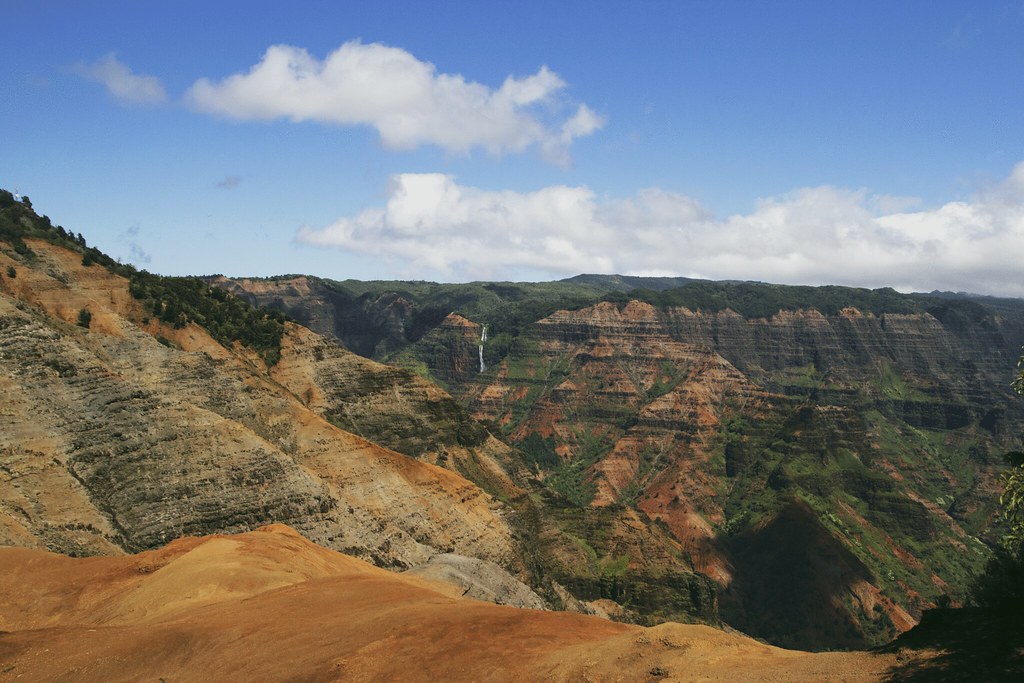 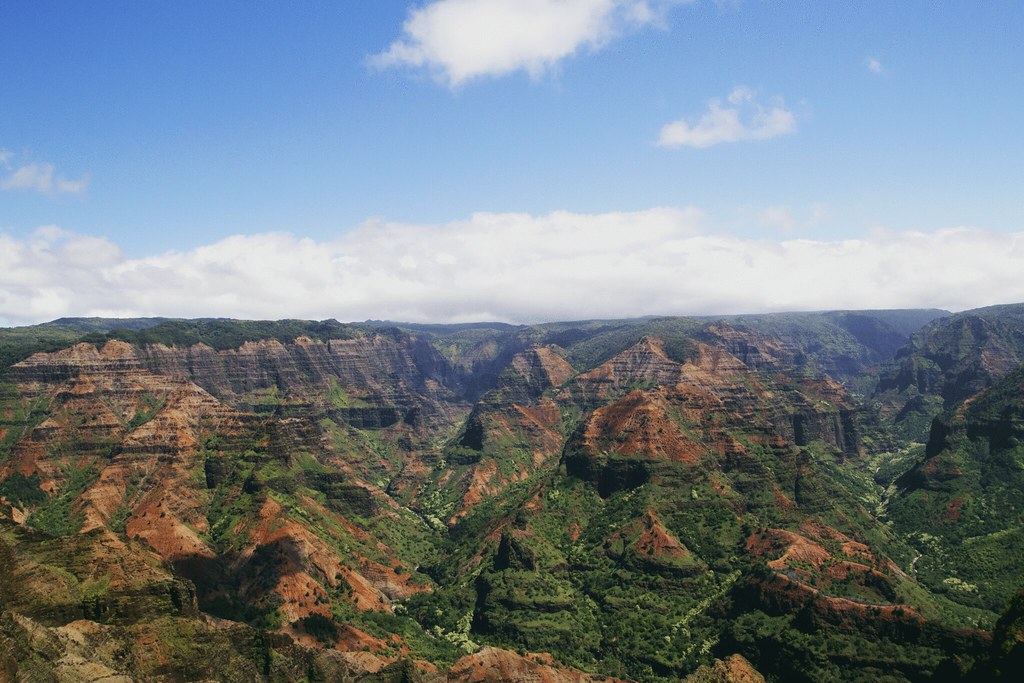 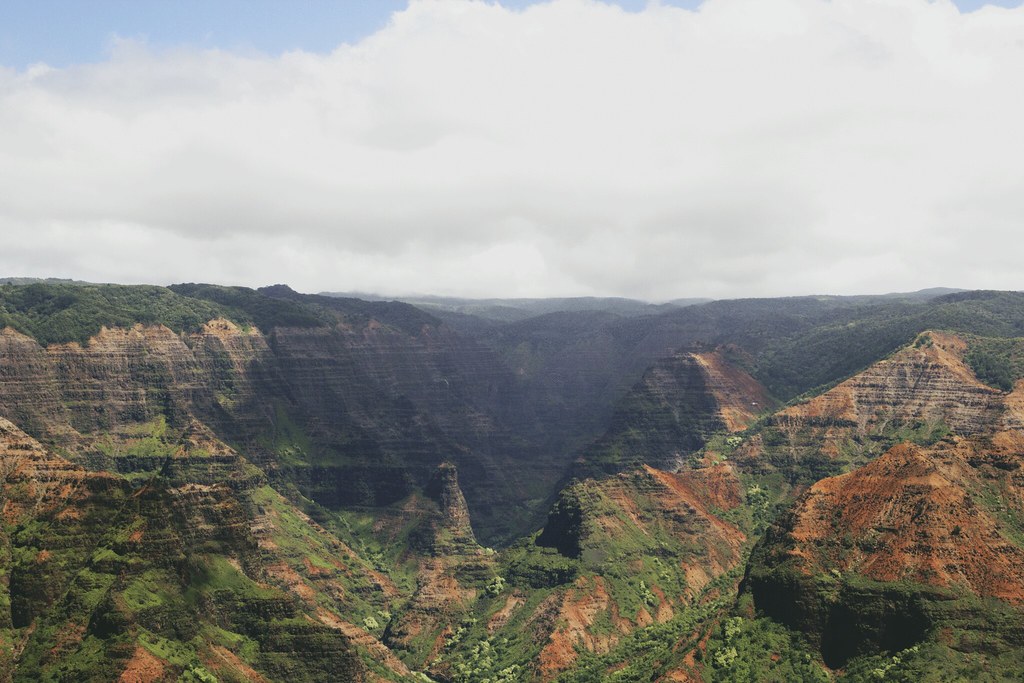 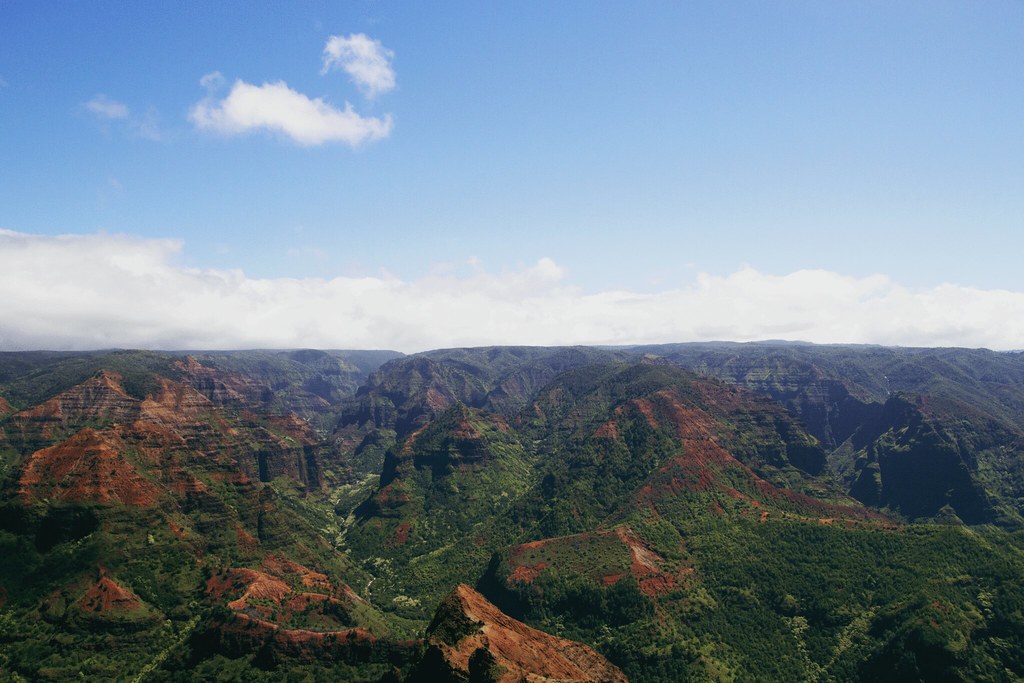 I’ll never forget that either.

In fact, I’ll never forget any of it.