The once-nameless place I love 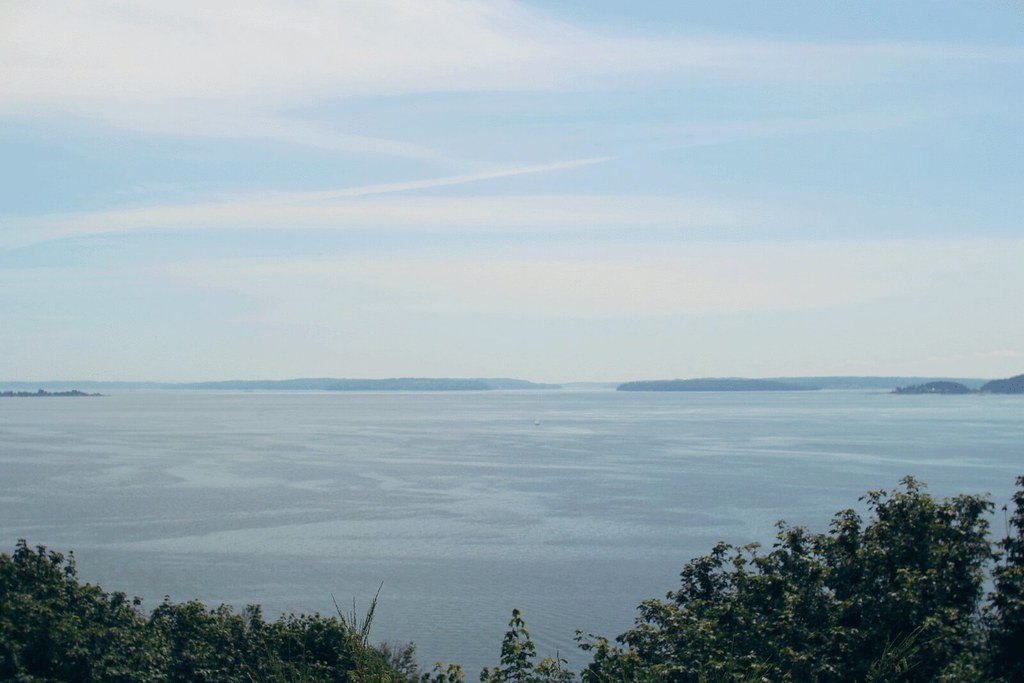 Have you ever loved a place you have never been to? I know I have.

There somewhere I saw in a music video by Temple of the Dog (back in the 90s, if the name of the band didn’t clue you in), and from the second I laid eyes on the opening scene, I was in love. I was convinced that this music video was shot in California, mostly because I associated anything that was in the United States and beautiful with only that state during my childhood, and started on a 15-year-long quest to find where exactly this particular place was located so I could sit in that tall grass like Eddie Vedder, and see that lighthouse in person. This was before the age of Google, when we had to type “win” into the command prompt of a PC (then wait two minutes) to start Windows, and when I was so young that my dad wouldn’t let me access anything that wasn’t school related on the internet except for Yahooligans. It wasn’t a matter of looking up a location with an internet search engine for little me, but a matter of waiting, and searching, and wishing. At least until the early 2000s when I became a teenager, got a computer of my own, and had Google at my fingertips. I could have made quick work of obtaining the answer I sought, but by that time, I forgot about that rocky beach with the little lighthouse on it, and I continued to forget for another eight years.

When Alex and I moved to Georgia from Maryland in late 2008, I began playing the music from my early childhood — grunge, the dominant genre of the 90s — probably because I missed home so much. After listening to endless tracks by Pearl Jam, Alice in Chains, and Stone temple Pilots, “Hunger Strike,” a song I hadn’t heard in years, started to play on the Spotify station I was listening to. All it took were the first few notes, and I was taken back to the image of the place I loved but had never visited — of a beach in dusky light, of an expansive view from a cliff, of a widespread meadow. I didn’t bother to do an internet search (which would have given that place a name), and my childhood quest to somehow find this place had resumed. It didn’t take long to realize that it was a bit of a far-fetched goal: there was no way to scour every inch of what I still assumed to be California while on vacation, and did not believe that I’d end up on the West Coast at any point in the immediate future to make my search a little more feasible. Instead, I decided to search for bits and pieces of the place I saw in the music video — wherever I went — starting with that tall grass, which I was pretty sure I could find even in Georgia. I’d get my fill of rocky beach on a trip to Catalina Island, and lighthouses in a variety of coastal towns, some just a four hour drive away. They wouldn’t be the same, but they would do. Of course, I was never satisfied with anything I found.

In late 2012, we were sitting in the car in Bogart, Georgia when Alex got the call from Amazon saying he was hired, and that we’d be moving to Seattle in three weeks. We were excited to live in another state, and even more excited that we ended up a few states away from California, a place we eventually wanted to move. After I thought about the rain, and driving on the steep hills of Seattle, I thought about the music video, and how much closer I was to eventually seeing the place I had been wanting to visit for over a decade. We were now only a two hour flight from California, and that place I saw in that Temple of the Dog video was even closer than I could have ever imagine.  The night we arrived in Seattle, knowing that I had to be less than 1400 miles from wherever it was, I pulled out my phone and finally googled where the “Hunger Strike” music video was shot. I was surprised to learn that it wasn’t filmed in California at all, but in Seattle, just a few miles from where we lived. How could such a beautiful place be in such a notoriously depressing city?  I was so surprised that the place I loved so much wasn’t in the state I loved so much. California, while still appealing, had been dethroned as “best state ever” in one fell swoop (I’m easy to please). And that was even before I set foot in the Enchantments, or anywhere outside of the city limits (which, upon visiting, placed me firmly into the “Washington is the best state ever” camp).

I was reminded of the time in my life when Seattle was on my list of “nevers.” In my childhood and adolescence, I associated seattle with the famous sign that read “Will the last person leaving Seattle — Turn out the lights.” Plus, the latitude and winter season equaled depression in my mind, and that wasn’t at all appealing. I could never see myself in such a place. But there I was at the age of 25, sitting in a Seattle highrise in early November, overlooking Puget Sound. The place I saw in a music video and loved for over a decade was only six miles away. It’s funny how that happens.

Discovery Park: the first place we traveled to see in the city, the place I had been searching for going on for nearly two decades. I took one look at the grass, at the lighthouse, at the radar tower that is barely glimpsed in the music video, at the sand and the meadows, and felt so lucky. The random, unknown place I loved the most, the place I only saw on MTV or on Youtube for so long, now had a name, and I was actually there.

I visit often and I still love it. It’s my favorite place in the city. It’s somewhere I can go to remind myself of my past and my present, and to remind me, even on the toughest of days, that life isn’t so bad in here in “rainy, overcast, depressing” Seattle — the beautiful city I never knew I was always drawn to. 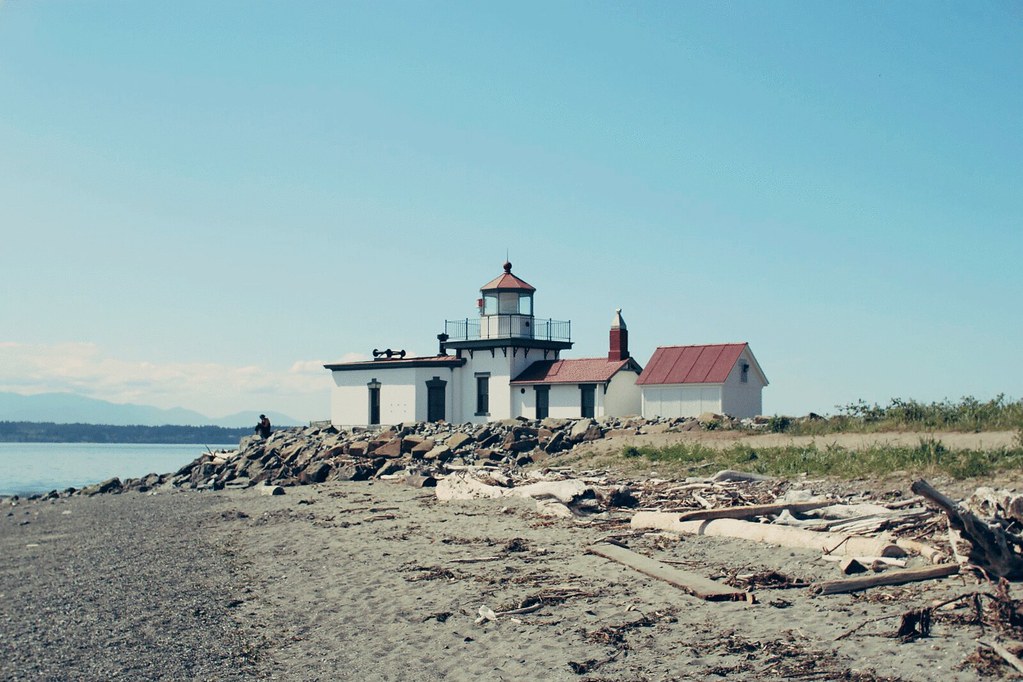 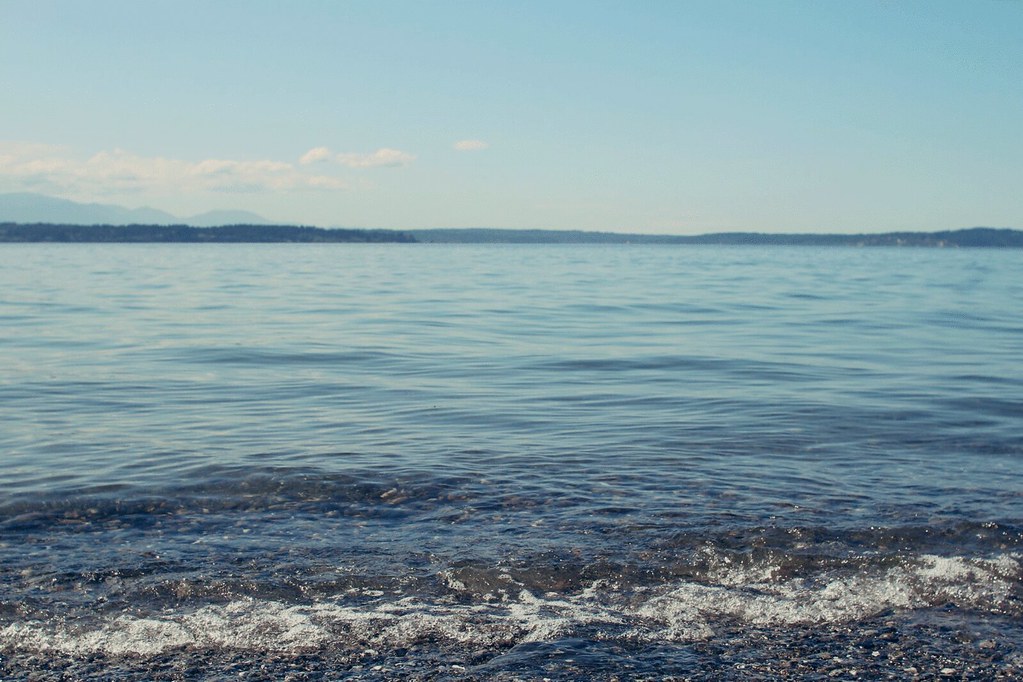 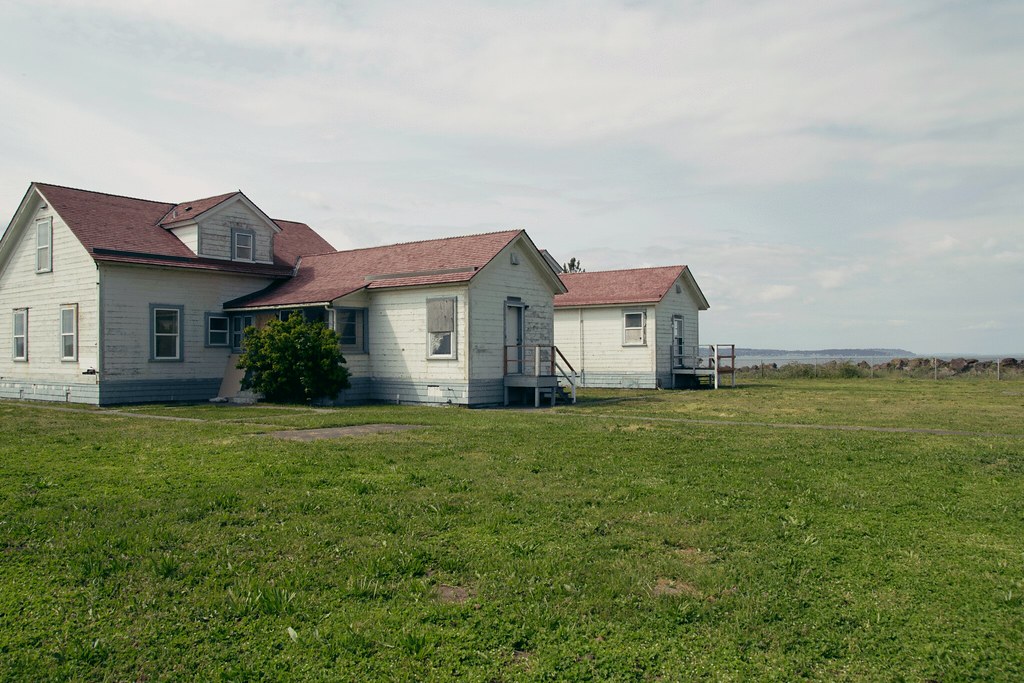 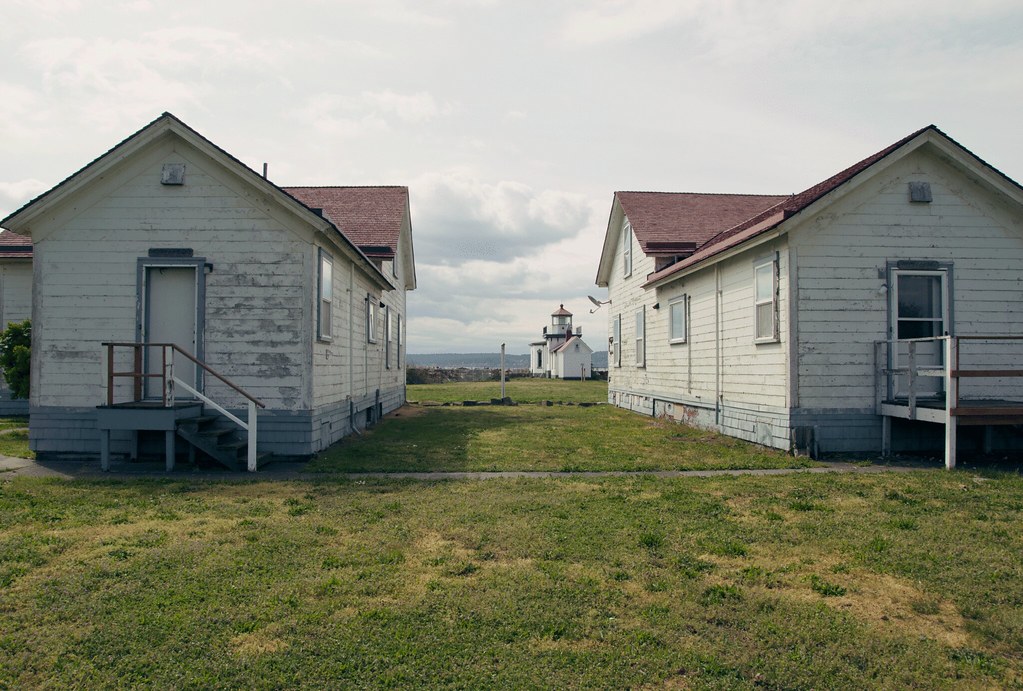 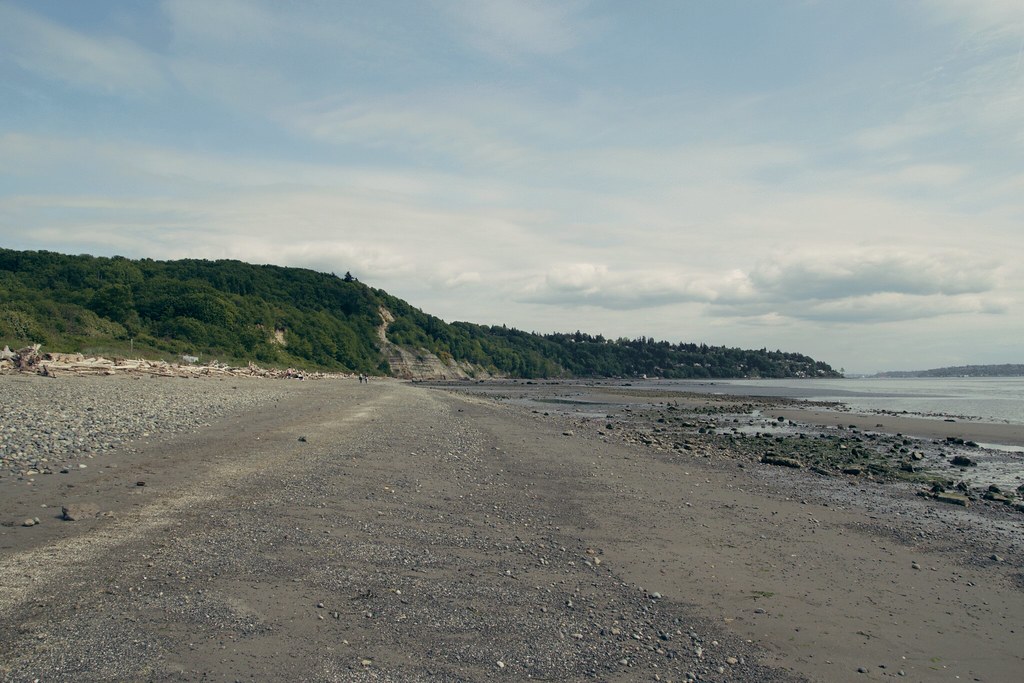 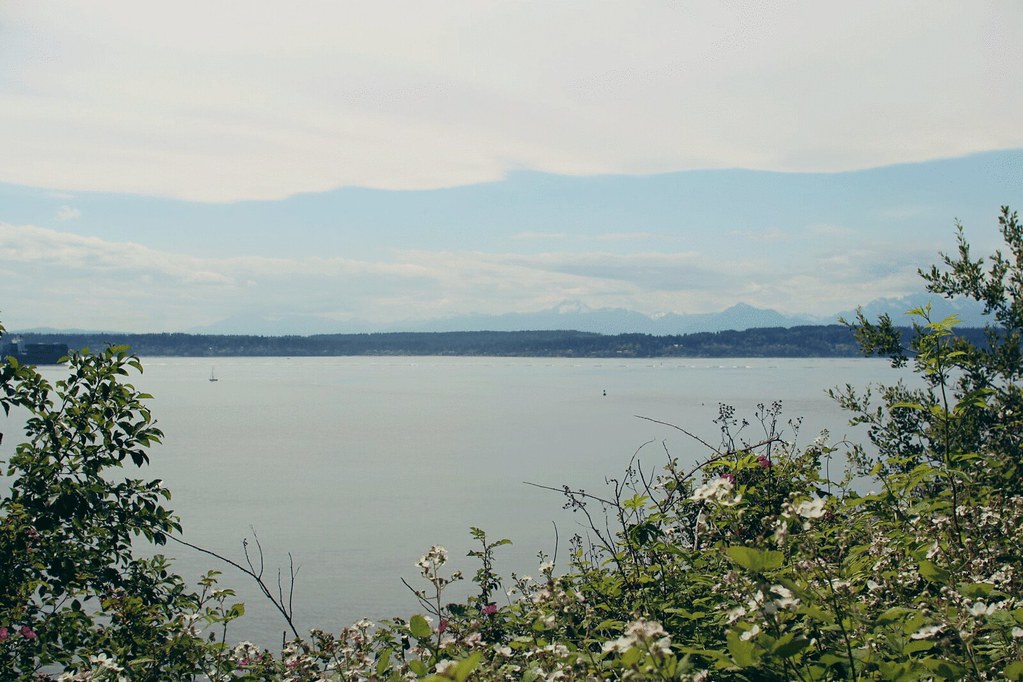 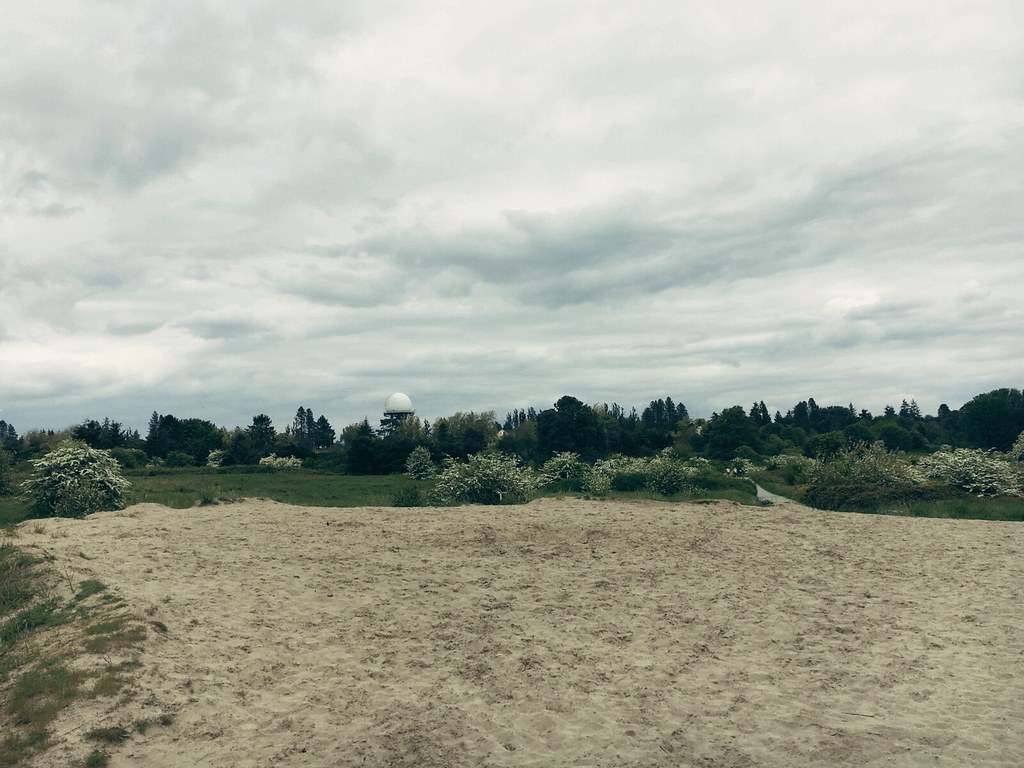 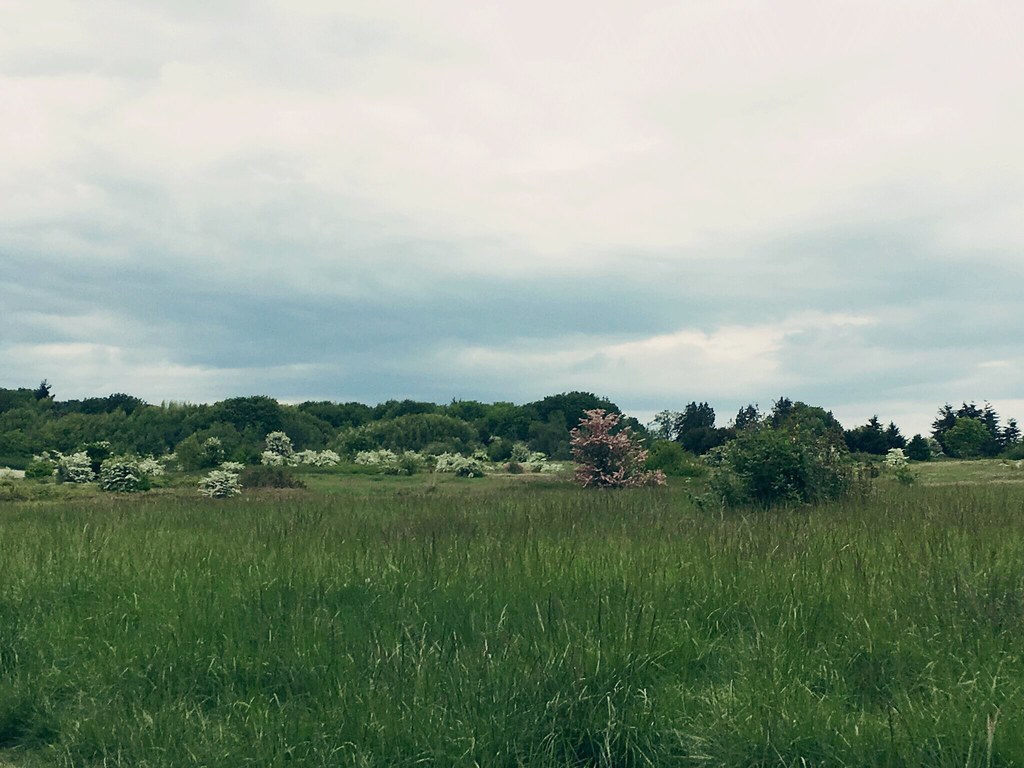 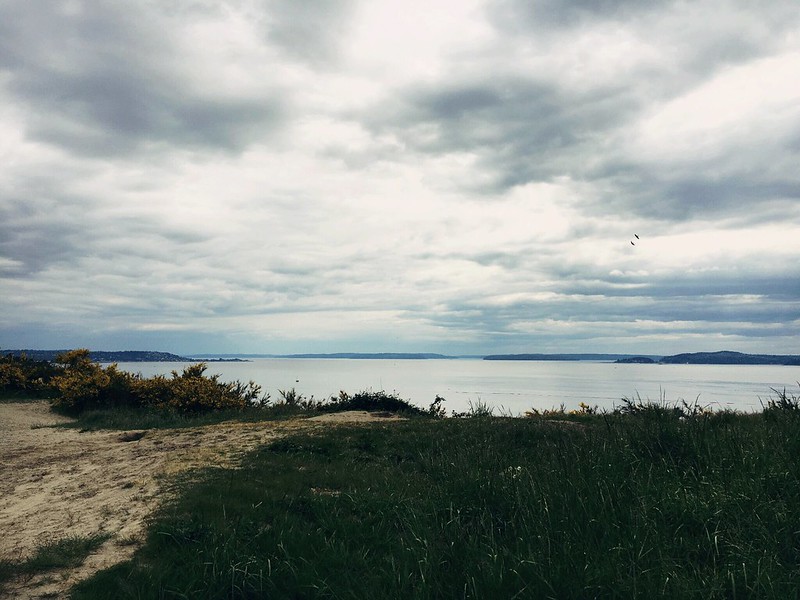 A Guide to Seattle

My 21st week of Pregnancy In GIFs